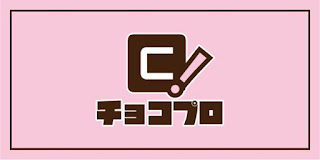 Choco Pro 5 results from Tokyo, Japan 🇯🇵 at Ichigaya Chocolate Square on 4/14/20 and broadcast on YouTube:

Honda got the cross armbar submission win. He conned Sakura into doing a duet of Queen songs with him before the finish. She told him she didn’t speak English and couldn’t do it. He told her Queen did one song in Japanese. It’s Teo Torriate from their 1976 album “A Day At The Races”. Sakura knew the song and they actually sang a duet of it. When they were finished Honda offered his hand in friendship but of course it was a heel trick and he grabbed her by the arm for the tap out.

Mizumori got the pin after using the wall for support to deliver a splash.

Tanaka got the pin after the Sliding D. Good match. Tanaka worked over Akki’s left arm early on with submission holds so Akki worked most of the match with the right arm. Akki got in several near falls including a flying head scissors out of the window area and a frog splash out of the window.

Mei Suruga won the janken tournament over Tanaka and Honda as the final two to win the Chocolate Prize.

The show ended with Sakura and Akki interviewing Tanaka in a talk show segment.