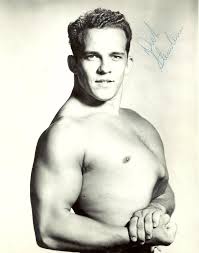 Dick Steinborn passed away today at age 86. His pro wrestling career spanned from 1951, when he was just 17, until 1985. After wrestling, he was a fitness instructor and a gym owner. He was in tremendous shape all of his life and still lifted weights into his 80s. His father was Milo Steinborn, a carnival “strongman” before becoming a pro wrestler in 1922. (Milo was also known for amazing feats of strength and popularized squats in weightlifting).

Dick Steinborn won tons of titles throughout his career, including the AWA Tag Team Titles with Doug Gilbert. In the late 1970s into the early 1980s, he was a regular in WWC and a big star winning the Caribbean Title and the WWC Junior Title both on a few occasions. For a little while in the late 1970s, he wrestled with under a white mask as The White Knight. 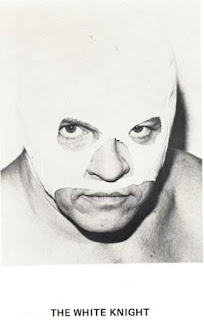 He was a regular here in Detroit during the 1960s working for the WWA (due to their working agreement with the AWA) at the old Olympia Stadium. 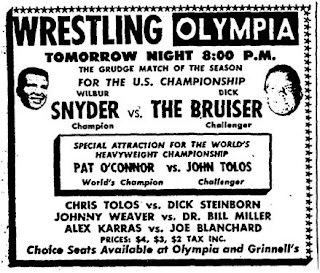 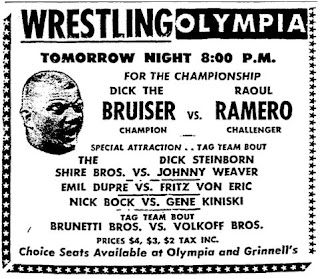