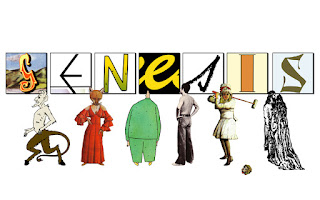 Some classic concerts will be available to watch for free on YouTube over the next five weeks as many in the music, movie, and TV industry are pitching in to entertain people during this virus pandemic lockdown.

Genesis announced that they will release some of their shows each Saturday at 3pm EST from 4/18/20 to 5/16/20. The concerts are all Phil Collins era. I know Ray Wilson has been petty much erased from their history as a lead singer since the late 1990s, but I’m surprised there isn’t at least one week with Peter Gabriel as frontman being offered. Here is the list and you can watch everything here https://m.youtube.com/user/OfficialGenesis/?sub_confirmation=1

Three Sides Live released in 1982. That is an amazing high energy show that took place during the band’s ABACAB tour. The song set list is: Behind The Lines, Duchess, Misunderstanding, Dodo/Lurker, ABACAB, No Reply At All, Who Dunnit?, In the Cage/The Cinema Show/The Colony Of Slipperman/AfterGlow, Me And Sarah Jane, Man on the Corner, Turn It On Again.

The Mama Tour released in 1985. The was in support of their 1983 album Mama. The song set list is: ABACAB, That’s All, Mama, Illegal Alien, Home By The Sea/Second Home By The Sea, Keep It Dark, It’s Gonna Get Better, In The Cage/Cinema Show/AfterGlow, Turn It On Again.

Live At Wembley Stadium released in 1988. This was in support of the Invisible Touch album. It took place at the very end of the giant 1986-1987 tour as the band was at the height of their popularity with almost every song from that album getting constant play on the radio, MTV, and VH1. The song set list is: Mama, ABACAB, Domino/In The Glow of the Night/The Last Domino, That’s All, The Brazilian, Land Of Confusion, Tonight Tonight Tonight, Throwing It All Away, Home By The Sea/Second Home By The Sea, Invisible Touch, Drum Duet, Los Endos, Turn It On Again.

The Way We Walk released in 2002. This was from a show in 1992 in support of the We Can’t Dance album. The tour and album was panned by many critics and fans. It seemed like Phil Collins was “phoning it in” in concert. Long time fans felt it was more like a Collins solo album instead of Genesis. It ended up being their last studio album with Collins. He officially quit the band a few years later for a full time solo career. Here is the set list: Land Of Confusion, No Son of Mine, Driving The Last Spike, The Old Medley (brief clips of various classic songs), Fading Lights, Jesus He Knows Me, Home By The Sea/Second Home By The Sea, Hold On My Heart, Domino/In The Glow Of The Night, Drum Duet, I Can’t Dance, Tonight Tonight Tonight, Invisible Touch, Turn It On Again

When In Rome released in 2008. This is from their 2007 reunion tour that nobody expected. After more than ten years, Phil Collins was back with Tony Banks and Mike Rutherford in a successful series of “greatest hits” shows. The original plan was to do a Lamb Lies Down on Broadway tour after a meeting with past band members Peter Gabriel and Steve Hackett. Nobody could come to agreement so the Collins, Banks, and Rutherford  “... And Then Their Were Three” lineup went back on the road instead. Here was the set list: Behind The Lines/Turn It On Again (instrumentals), No Son Of Mine, Land Of Confusion, In The Cage/Cinema Show/AfterGlow, Hold On My Heart, Home By The Sea/Second Home By The Sea, Follow You Follow Me, Firth Of Fifth, I Know What I Like, Mama, Ripples, Throwing It All Away, Domino/In The Glow Of The Night/The Last Domino, Tonight Tonight Tonight, Invisible Touch, I Can’t Dance, Carpet Crawlers.