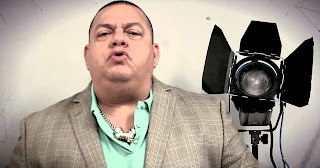 Hugo Savinovich announced his retirement from pro wrestling this weekend. It will happen in February 2025. He said he wants to promote his own big final show on pay-per-view to celebrate it and he hopes Vince McMahon will let his former WWE Spanish broadcasting partner Carlos Cabrera join him for the event.

Savinovich is currently the announcer for Lucha Libre AAA Worldwide with Jose Manuel Guillen on the Twitch and Space broadcasts. He started wrestling when he was a teenager. He became an announcer for WWC in 1984 then moved on to Gordon Socozarri’s short lived American Wrestling Federation in Puerto Rico in 1991 (after briefly coming out of retirement as a wrestler after several years to feud with Billy Joe Travis). The WWF brought him in as their Spanish announcer in 1994. He parted ways with the company in 2011 when his contract expired.