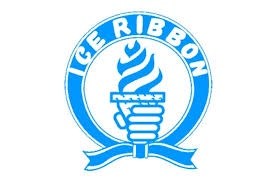 Ice Ribbon results from Saitama, Japan at the dojo on 4/18/20 and simulcast live on YouTube and Nico Video https://youtu.be/GB0Iaenmk8Q

Banny Oikawa is the referee today. They announced Suzu Suzuki was injured while training. Suzuki was supposed to have an exhibition match today vs. Ishikawa but Ishikawa is still not cleared to compete out of precaution after a fever last week. The match was then changed in the lineup to Suzuki vs. Oikawa.

Thekla and Yappy are part of the pre-show broadcast team translating in English with Tequila Saya and Ai Hara on Japanese commentary.
Tsukushi vs. Yappy
Tsukushi got the pin with a La Magistral cradle. Tsukushi was briefly interviewed at the announcers desk after the match. When she was done, a tired but always smiling Yappy came back over to continue to help as translator.

Hiiragi pinned Matsuya after a cradle tombstone. Matsuya took a real beating in the match. She tried to work over the arm of Hiiragi with armbar submission attempts but it didn’t work as they’re building Hiiragi up as a monster powerhouse. At one point everyone was stacked on top of each other    in the ring corner and they all splashed Matsuya below on the mat. She kicked out of several big moves in the match.

Tsukasa Fujimoto vs. Risa Sera in a 2 out of 3 falls match

Fujimoto won the first fall by count out after throwing Sera off the top rope to the floor. There is a special 4 count rule on the outside for this fall. Ice Ribbon doesn’t usually have count outs in their rules at all.

Sera won the second fall with a giant swing.

The third fall was a no-contest draw in a bizarre finish. They both fell off the ring to the floor in a DVD spot. They were down for a couple of minutes out of camera view. Then suddenly two masked people entered the ring. One had a Yoda mask on and the other had a Coronavirus mask on. They attacked both women and then the roster tried to fight the masked heels too but got beaten down.

The Coronavirus then attacked Yoda and laid that person out.

Sera and Fujimoto decided they wanted to team up to face Coronavirus in a handicap match.

At the end of the show, Fujimoto and Sera spoke at the announcers desk. Fujimoto held up the defunct IW19 Title and said it would return to the company. A tournament will decide the new champion. That is the Internet Wrestling 19 Title that was defended on the Ustream shows back in 2011 with 19-minute time limits. Fujimoto was the last to hold it and it was unified with the ICEx Title (previously called the ICEx60 Title) in 2013 when she beat Tsukushi.