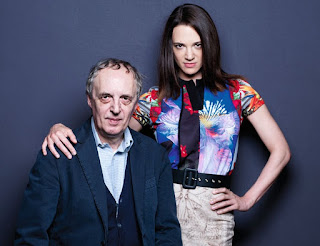 Dario Argento is in process of making a new movie called “Black Glasses”. His daughter Asia Argento will once again star. All that is known is it will be a crime drama and status of production all depends on the virus pandemic.

Asia has starred in several of her father’s movies over the decades, beginning with “Demons 2” in 1986 when she was 9.

Daft Punk will be providing the score for the film. The reclusive electronic musicians are big fans of the horror and suspense director/producer and his movies. They have not released any new material in seven years.