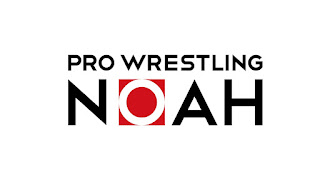 NOAH results of their “NOAH The Spirit 2020” no fans event from Japan and live on Abema TV https://abema.tv/channels/fighting-sports/slots/9gqMFktLtc9CJB

Takashi Sugiura beat Rocky Kawamura by count out in a boxing/wrestling match.

Keiji Mutoh, Minoru Tanaka, and Kaito Kiyomiya beat Kazushi Sakuraba, Hideki “Shrek” Sekine, and Hideki Suzuki when Mutoh pinned Sekine after the Shining Wizard. Mutoh appeared as The Great Muta during intermission and sprayed the mist at the camera and then the screen went dark.

Kotaro Suzuki won the GHC Junior Title from Yoshinari Ogawa after the javelin for the pin. He then asked Ogawa to team with him to challenge for the GHC Junior Tag Titles. 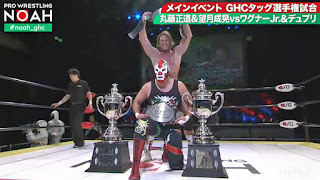