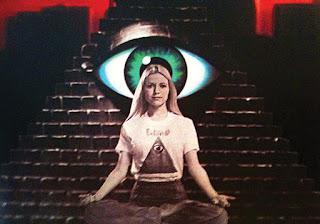 Turner Classic Movies will be airing the rarely shown 1976 indie New Age themed flick “The Pyramid” on 5/8/20 at 2:30am EST as part of their TCM Underground showcase.

The movie features a local Dallas TV reporter getting tired of the same nightly news broadcast format and all of its negativity. He embarks on a spiritual journey in hopes of being able to show viewers stories with positive enlightenment. It touches on several subject matters that were so prevalent in culture and pop culture throughout the 1970s : ESP, burning grounds, hippies, mystic gurus, “flower power” music, etc.

There is a dramatic subplot on how tragic events of the world can put news crews in harm’s way and psychologically damage them just like the police and EMTs on crime scenes.

The ending scene features a high profile guest starring appearance from Apollo astronaut Edgar Mitchell as himself. He gives the newsman turned documentarian an interview on a host of different topics from UFOs to consciousness. He said in order to solve the world’s problems we must start with individuals wanting to make better selves.

In his post-NASA career, Mitchell continued work in parapsychology and the paranormal. He passed away in 2016.

Gary Kent is the director and co-writer (with Thomas Kelly). He is still active in the film industry to this day, working as an actor and stunt coordinator after spending most of his career as a stunt man and character actor. He was one of the inspirations for “One Upon A Time In Hollywood” and the star of the recent documentary, “Danger God”. 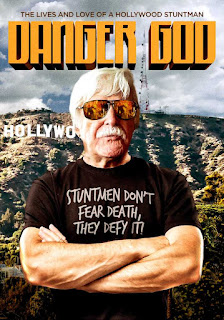