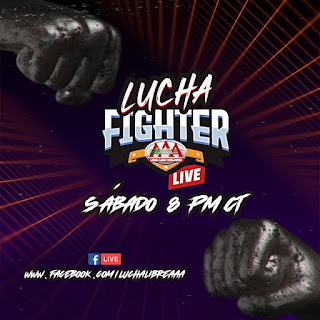 I’ve not had the chance to see the first two episodes but these are all tournament matches of men’s, and women’s matches. A no fans show due to the virus pandemic.

Hiedra got the pin after a powerbomb out of the corner. Her feet were near the ropes but I couldn’t tell live or on the replay if she used them on the ropes for leverage. Lady Shani ran Hiedra out of the ring after the match before she could further attack Mami.

Shani won with an upside down stretch submission hold. Marvavilla immediately attacked her after the match and tried to take her mask, but Big Mami returned the favor from earlier and made the save by giving Maravilla the big splash.

They have piped in recorded crowd cheers before each match. I’m not sure if that’s a good thing or a bad thing. The referee is wearing a mask the whole time. After each match, someone in a hazmat suit comes in to disinfect the ropes.

Psycho got the pin after a Canadian Destroyer. Texano worked over his right arm heavily throughout the match and continued to attack him afterwards.

Chessman got the pin after a low blow kick when Pagano was trying to hit him with a metal sheet but almost hit the referee instead.

Pentagon got the pin after a package piledriver. Vikingo went for the reverse 450 Splash but Pentagon blocked it with his knees up. This started off hot right at the bell and never let up. Vikingo hit him with a few dives in the opening seconds and got a few near falls trying to go for the quick win.

Park got the pin after a spear as Wagner was arguing with the referee over his counting. The referee used Wagner as shield to block a Park’s spear.