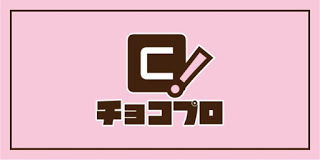 
The group announced in advance that this whole episode will exclusively be Yuna Mizumori vs. Mei Suruga in a 30-minute Iron Woman Match. If there is no winner, the overtime period will have no time limit until there is a decisive winner. Suruga is celebrating her second year as a pro wrestler on this date, debuting May 27, 2018. Mizumori made her debut in February 2018. Both women were trained by Emi Sakura.

Suruga gets the first fall with a pin in 12:23. It didn’t look like their was going to be a rest period but Suruga made one by locking Mizumori in a room and taking sips of bottled water.

Mizumori gets a fall with the Supergirl pin in 17:32. No rest period as she splashes Suruga up against the wall twice.

Mizumori gets another pin after a couple of reversals 21:33.

Mizumori with a pin again after the running splash off the wall in 25:16.

Suruga won the janken tournament. They had a celebration for her wrestling anniversary.

They taped two dark matches before the live broadcast to air at another time. Those matches were Emi Sakura vs. Tokiko Kirihara, and Baliyan Akki vs. Minoru Fujita vs. Antonio Honda.