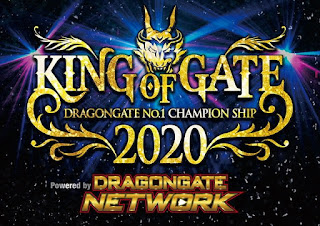 These are the second round matches of the A Block:

YAMATO pinned Kzy after the Galleria in 14:22.

K-ness and Gamma beat Konomama Ishikawa and Shachihoko Machine in bonus match when K-Ness pinned Ishikawa after a chair shot attempt backfired in 12:22. There were a few comedy restarts/rematches beforehand. Ishikawa pinned K-ness in just a few seconds, then he pinned Gamma in a few seconds. Gamma then pinned him in a few seconds after an Axe Bomber.