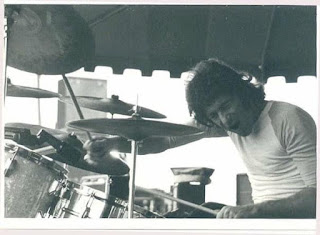 Len Fagan passed away from the coronavirus on 5/3/20 at age 72. Sadly, he lost the ability to speak after having a stroke in 2017 which also forced him to live in a care facility. He was the drummer for the 1970s band Stepson.

He ended up becoming the event booker for The Coconut Teaszer on Sunset Boulevard in Los Angeles, California from 1987-2000. Many famous acts like Bo Diddley, Moby Grape, The Stray Cats, and Mick Taylor played there. Guns N’Roses did a concert there when their first album “Appetite For Destruction” came out.

It was a haven for several 1990s bands just starting out like Green Day, Weezer, The Muffs, Gin Blossoms, and The Wallflowers. It was also known to be the hangout of famous “Hollywood Madam” Heidi Fleiss to pander. The venue closed in 2003.

Fagan stopped working for a while in the 2000s after suffering from severe internal health problems. When he recovered, he returned to the music business as the booker for Platinum Live and Club Lingerie in L.A.