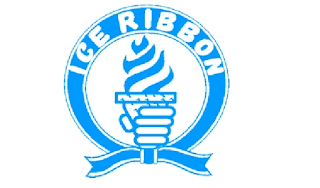 Tequila Saya and Yappy are the Japanese and English announcers. They said the time of these YouTube and Nico events will be changed (to be announced) because of the internet traffic volume at the current 6:30pm Japan Time staring times. Also, the 5/30/20 will now be a Samurai TV broadcast at 10pm Japan Time and it won’t available on YouTube or Nico live.

Tickets will be on sale again with fans being allowed back in starting with the 6/13/20 show.

Thekla takes over on commentary as Yappy is in the opening match.

Yappy and Uno Matsuya vs. Ibuki Hoshi and Tsukasa Fujimoto

Hoshi pinned Yappy with the Good Ibning after a series of reversals in 12:18 as Fujimoto held Matsuya on the outside to stop her from getting back in. Yappy hit the hip drop on Hoshi, and it looked like it was over, but Hoshi kicked out at the last second.

Yappy returns to the broadcast table to replace Thekla wrestling next.

Suzuki Suzuki and Mochi Miyagi vs. Maya Yukihi and Thekla

Miyagi pinned Thekla after the Metabolic Sand in 11:04. There was nonstop action from start to finish.

Tsukushi vs. Risa Sera vs. Hamuko Hoshi in the A Block 3-Way Tournament Semifinals Match for the vacant IW19 Title

Hoshi and Tsukushi went to a 19-minute time limit draw after Sera was eliminated at the 13:44 mark by Over The Top rule from a drop kick by Tsukushi. Fans voted for the winner on Nico Video and they picked Hoshi to advance to the tournament final. She awaits the winner of the B Block 3-Way Semifinals Match of Suzuki Suzuki vs. Maya Yukihi vs. Satsuki Totoro.

This was one of the best women’s matches of the year. Tsukushi did a running flying double stomp on Hoshi from off of the entranceway ring steps and then she immediately got hit in the face by a chair that Sera threw at her. Once Sera was eliminated, Hoshi and Tsukushi traded all kinds of high impact moves and near falls including a couple of stiff looking German Suplexes. Hoshi kicked out of a couple of diving double stomps. Tsukushi kicked out after a lariat.

A reminder that these free shows on YouTube only stay up for about a week and then they move over to Nico VOD which is a monthly pay subscription service.