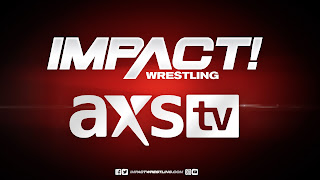 Impact Wrestling results on AXS TV on 5/19/20 taped from Nashville, Tennessee weeks ago:

Josh Mathews and Madison Rayne are the announcers.

Ace Austin pinned Rhino after hitting him with the magician pop up wand and The Fold in a #1 con. Tournament Match. Austin has replaced Ken Shamrock in the tournament. Shamrock is injured after getting violently attacked by Michael Elgin last week during the Locker Room Talk talk show segment. Austin brought in a chair but Rhino immediately grabbed it. He was going to hit Austin with it, but the referee stopped him and took the chair away. Austin used the wand as a weapon while the referee was putting the chair out of the ring with his back turned.

They showed a taped interview with Mathews talking to self-proclaimed TNA World Champion Moose. He said Moose was walking around with a prop belt the last few weeks and wondered when it was going to end. Moose said it will end when someone beats him for the title. He said he is the Real World Champion and felt Mathews was trying to insult him. This is reminiscent of Ric Flair bringing in the WCW “Big Gold Belt” to the WWF in 1991 and also calling himself The Real World Champion. They talked about last week’s match of Moose vs. Suicide where the referee got bumped just as Suicide looked like he could have won. Moose said he’s a fighting champion so there will be a rematch tonight. https://twitter.com/impactwrestling/status/1262900595662352384?s=21

Kiera Hogan walked up to Tasha Steelz backstage to offer to be her mentor and form an alliance. Steelz agreed. https://twitter.com/hoganknowsbest3/status/1262902397799747589?s=21

Crazzy Steve pinned Dave Crist after a flying DDT off the second rope. Joey Ryan, doing his “cancel culture” gimmick, came out to watch but didn’t get involved. After the match, Mad Man Fulton shoved Dave and Jake Crist around because of the loss. He said he was tired of losing with them and he quit as a member of OVE. They tried to attack him. He grabbed them both by the throat and shoved them down to the mat. He tore off his T-shirt and left the ring in anger as The Crist Brothers looked on in shock. https://twitter.com/impactwrestling/status/1262903705650814976?s=21

Rosemary was in the bar area talking to Taya Valkyrie’s stuffed animal dog. She said she’s bored without Valkyrie around so she’ll play with Valkyrie’s servant (aka John E. Bravo). Bravo walked up and yelled at her for taking the stuffed animal again. Rosemary flirted with him by saying she doesn’t bite unless he wants her to. She said he seems to enjoy being treated rough by Valkyrie. Bravo said Valkyrie yells at him because she loves him. He called Rosemary a weirdo and stormed off. Rosemary smiled seductively at him on his way out. https://twitter.com/impactwrestling/status/1262905334110334977?s=21

Moose pinned Suicide in their unofficial TNA World Title rematch by reversing a flying crossbody and holding Suicide’s tights. He once again forced the ring announcer and referee make it appear like it was an official championship match even though the title isn’t sanctioned by Impact. https://twitter.com/impactwrestling/status/1262911168995364864?s=21 https://twitter.com/impactwrestling/status/1262914315688034305?s=21

Michael Elgin did a backstage promo. He said people expect handouts while he puts the work in. He said people will learn to appreciate the things he’s done and they will love him for it. He said everything he says happens.

Chris Bey walked up to Johnny Swinger backstage and told him to teach Willie Mack a lesson tonight even if he doesn’t win the X-Division Title. Swinger told Bey if he wins the title he’ll buy him the first round at “The Landing Strip right by the airport”. He said he took “Boogie Woogie” there after Boogie Woogie won the USWA Title in 1990 (“Boogie Woogie” Jimmy Valiant won the title from Jerry Lawler twice that year). It was a hilarious reference to The Landing Strip Lounge adult entertainment club in Romulus, Michigan which is not far from Detroit Metro Airport. Countless pro wrestlers over the decades have hung out at that place since it opened in 1978. Michigan indie wrestling promoter and heel manager Dave Martin used to be the manager there. Martin has helped Impact/TNA and Scott D’Amore’s Border City Wrestling promote shows in Belleville, Michigan since the 2000’s

Mathews also mentioned The Landing Strip before the start of the X-Division Match. He sarcastically said “I’m sure it’s a fantastic restaurant”.

X-Division Champion Willie Mack pinned Johnny Swinger after a standing moonsault. Swinger thought he won the title after a swinging neck breaker but Mack got a foot on the rope. He grabbed the X-Division Title to celebrate but then tried to use it as a weapon on Mack after the referee told him the match was still in progress. Mack caught him with a Samoan Drop. Swinger attacked Mack after the match and Chris Bey ran in to join him in the attack. Swinger shouted that Bey is someone in the company who finally understands him.

Impact Tag Team Champions The North were shown in the office of Don Kolov Arena in Canada. Ethan Page was gloating that they have nobody left to defend the titles against. Josh Alexander was bored and disappointed about the situation. Cody Deaner walked in and said he would challenge them. Page laughed because Deaner didn’t have a partner with Cousin Jake stuck in the USA due to the pandemic. Deaner said he’d pick Wheels as his partner. The North assumed he was talking about the disabled Impact referee who was also in the office with them in his wheelchair. They laughed and set up the match for next week then left the room. Wheels told Deaner he was only a referee and not a wrestler. Deaner said he wasn’t the “Wheels” he was talking about. He told him to show up next week because they will need a referee.

Mathews wondered who Deaner’s mystery partner will be for next week. Rayne said the world doesn’t need more Deaners.

Michael Elgin pinned Sami Callihan after a back fist and the Elgin Bomb in a #1. con Tournament Match. Elgin worked over Callihan’s leg for much of the match and his leg “buckled” to lead to the finish.

Next week it’s the semifinals of the tournament with Ace Austin vs. Hernandez and Elgin vs. Trey.