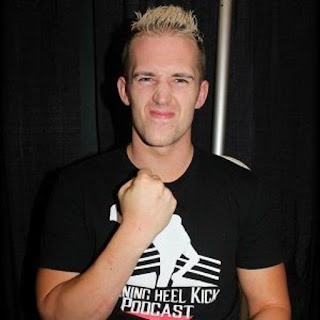 Indie pro wrestler Dylan Bostic was interviewed by Roop Raj on Fox 2 News Detroit. The topic was about pro wrestling continuing but with no audience. Raj put over what a nice guy Bostic is (he is. He and Thunder Rosa were the first pro wrestlers to follow W.W.D. on Twitter when it launched).

Raj mentioned WWE was deemed an essential business and still doing weekly TV but with no crowd.

Bostic said it’s hard for indie wrestlers like himself because no indie shows are currently running. He said WWE and AEW aren’t the same with no fans. He said indie wrestling may have a slight advantage when States open back up because they run small venues as it is so they could have a small percentage of fans allowed to attend with social distancing rules.