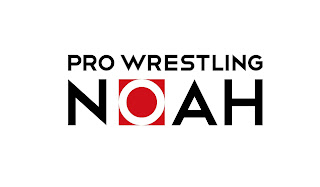 NOAH results from Japan 🇯🇵 at NOAH Special Arena on 5/9/20 and live on DDT Universe https://www.ddtpro.com/universe/videos/8556

Go Shiozaki was off the show after having surgery on his appendix last month.

GHC Junior Heavyweight Tag Team Champions HAYATA and YO-HEY went to a no-contest with Yoshinari Ogawa and Kotaro Suzuki. HAYATA turned on YO-HEY, then Harada and Tadasuke ran in. Ogawa kicked the referee in all the chaos. They belts ended up becoming vacant.

After the match, Tadasuke said he and YO-HEY will face HAYATA and Ogawa for the titles on tomorrow’s show.

Katsuhiko Nakajima won the GHC National Title from Takashi Sugiura by pin in 28:58 after the Vertical Spike.

In what looked like something out of George Romero’s “The Crazies”, the camera crew and ringside photographers were all dressed in protective suits.

Tomorrow’s show will be on ABEMA at 6am EST. The main event will be The Great Muta and Magical Immortality vs. Kazushi Sakuraba and Masaaki Mochizuki.