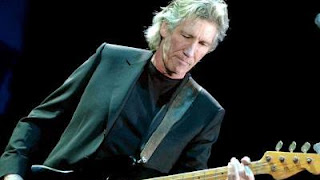 Roger Waters released another video on his social media this week to answer fan questions. A few fans asked him why his recent performance of Pink Floyd’s classic song ”Mother” wasn’t posted on the official Pink Floyd website. He made the new music video during the virus pandemic.

He used the questions as another chance to shade his former Pink Floyd band mate David Gilmour. He said Gilmour has banned him from the website, and all of Pink Floyd’s social media, even though they all share rights to the songs from up to when he left the band in 1985. He said he’s tried to work things out but claimed Gilmour is the problem. He said Gilmoure wouldn’t even allow his ”Us and Them” tour dates and concert film to be promoted on their site and social media. The tour featured several of the band’s classic songs.

Waters then stunningly dragged Gilmour’s wife, Polly Samson, into the situation. He said the official site is also used to promote her and her poetry. He said her poetry puts people to sleep.

Members of Pink Floyd have had animosity with each other for decades. Richard Wright left in 1979 because he and Waters weren't getting along. Waters left in 1985 and got in a big legal fight over who should have rights to the band's name. It ended up with him letting the others still use the name in exchange for them giving him rights to all of their past albums that he was involved with. The band continued as Gilmour, Nick Mason, and the returning Wright. Polly Samson joined as a co-writer on ”The Division Bell” album, as well as Gilmour’s solo albums ”On An Island” and ”Rattle That Lock”. Waters moved forward by doing solo albums and tours with people like Paul Carrack (Mike & The Mechanics co-lead singer), Katie Kissoon (Van Morrison’s backing vocalist) and Mel Collins (King Crimson’s saxophonist) backing him as ”The Bleeding Heart Band”.

In past years, Gilmour has criticized Waters on what the lyrics and sound of some of their songs should have been in the 1980s. He said Waters’ ideas were ”too wordy” and produced like monologues instead of songs. He also didn't like how Waters treated the late Richard Wright because Wright was like a brother and uncle to the Gilmour family.