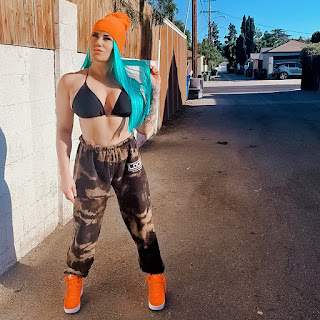 Valkyrie has also been doing some acting appearing in the movie “Unchained” with Mair Mulroney, Eric Roberts, and pro wrestler/manager Rock Riddle. The plot is about a woman (Mulroney) kidnapped and forced to compete in an underground fighting ring.