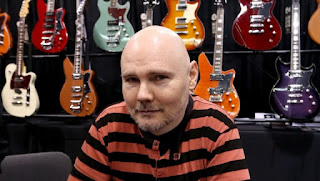 The NWA aired a special episode of Powerrr tonight called “Super Powerrr”. It’s also the Season 3 finale of Powerrr. This was originally supposed to be their go-home show for The Crockett Cup but plans changed because of the virus pandemic.

NWA president Will Patrick Corgan said he will have a special announcement on The NWA at the very end of the broadcast.

Joe Galli and Stu Bennett welcome viewers. They said Kamille will speak for the first time and make her NWA in-ring debut.

David Marquez interviewed Marty Scurll and Brody King. King said Scrull was a genius and would defeat Nick Aldis for the NWA World Title at The Crockett Cup.

Kamille got the pin after a steamroller and a spear. Kamille dominated most of the match with power and explosive moves but Maxx did get in a little offense. Joe Galli tried to interview Kamille as she walked away after the match. He told her that Thom Latimer promised she would finally speak this week. She just looked at him and walked away.

A big video package on Kamille then aired with her actually talking by doing her own voiceover. She said she’s been called a bitch and unapproachable. She said some of those comments are true. Video was shown of her playing softball in high school and college. She said other kid’s parents hated her because they worried she would hurt their kids. She said she left that field to go play football. They showed footage of her playing in lingerie football. She said she’s never gotten along with other women. She said in 2018, Nick Aldis called her to be his insurance policy backup. She said people ask why she doesn’t talk and it’s because she doesn’t need to with her actions doing the talking. She said she is now here to end all of the other women in The NWA.

A fake commercial aired with Austin Idol and his training school.

Sean Mooney interviewed The Rock and Roll Express. He said he’s never had the chance to talk to them before. Ricky Morton said nobody thinks they have a chance to win The Crockett Cup because they haven’t won one yet, but nobody thought they’d be nine time NWA World Tag Team Champions in their career either.

The Rock and Roll Express vs. Aron Stevens and The Question Mark

TV Champion Zicky Dice did a taped promo and advertised his new T-shirt.

Melina did an interview. She said she’s a living legend and deserves a Women’s Title shot against Thunder Rosa at The Crockett Cup. Allysin Kay came out. She said she wants to win the title back but she wants to face Melina more because Melina has been ducking her. Thunder Rosa came out and said she’s ready for anyone sent her way. They argued and the whole thing set up what would have been a 3-Way Title match at the pay-per-view.

Jax Dane (with Danny Deals) vs. Tim Storm in a No Disqualification Match

If Storm wins he gets five minutes in the ring with Deals.

Storm got the pin after Perfect Storm when Dane accidentally ran into the chair that he set up himself between the turnbuckles. After the match, Deals refused to get in the ring, but then once again dressed as Storm’s mother. Storm gave him two Perfect Storms.

Another episode of May Valentine’s Diary aired recapping Royce Isaacs being jealous of Sal Rinauro
being her friend.

This is interesting. I had a chance to see an advanced screening of Impact Wrestling for this week. Steelz will actually debut in Impact on tonight’s episode against Kylie Rae. Josh Mathews and Madison Rayne mentioned her on commentary as the newest addition to the Impact Knockouts Division.

Steelz got the pin on Belle after a code breaker.

Marquez interviewed Eddie Kingston, Eli Drake, and James Storm. Kingston said Homicide is still out of action. He said he had a big history with Drake and Storm but they’re not allowed to mention other companies. He said he wants them as his partners because they’re NWA World Tag Team Champions and fighters. Storm said they can make people laugh and beat people’s ass because they love what they do. He said The Bouncers shouldn’t confuse the jokes. Drake said he and Storm will defend the titles against any team from any company at The Crockett Cup.

Aldis pinned King after a flying elbow drop when Kamille and Isaacs interfered and Latimer gave King a low blow.

NWA president William Patrick Corgan gave the special statement from his home in Chicago about the status of the company. He said they worked too hard and come this far, so they won’t fold The NWA even though they can’t run any live shows at the moment. Next week they will debut a new show at 6:05 EST called “Carny Land”. He said he can’t really tell what the show is about because it’s hard to explain and he really doesn’t even know. He said to tune in next week to find out like he will.