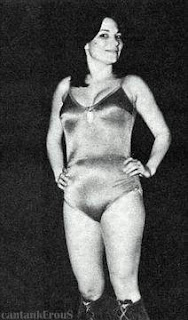 Winona Barkley, known as Winona Littleheart and The Lock at various stages of her pro wrestling career, passed away on 5/9/20.

Barkley was one of The Fabulous Moolah’s female roster talents. She made her debut in 1977. She was often the opponent for Moolah in NWA Women’s Title Matches, or on the opposite side of women’s tag team matches, as Winona Littleheart in several pro wrestling territories from the late 1970s to the early 1980s.


In 1980, Barkley was declared the NWA United States Women’s Champion as “Princess Littleheart” after that title was brought back from repeated off and on inactivity. She lost it to Judy Martin whom she feuded with in the Georgia territory in November 1980.


She had a memorable, and intensely controversial angle, in Championship Wrestling from Florida in 1984. She was introduced to fans as the sweet and innocent Cindy Lou, the childhood friend of Barry and Kendall Windham.

Kevin Sullivan and his “Army of Darkness” would end up kidnapping Cindy Lou and they brainwashed her to join their stable. As a heel, her name was changed to The Lock. Her character changed from sweet and innocent to a heel punk rock look.

Luna Vachon joined The Army of Darkness later and formed a tag team with her.

In 1985, she was used as a preliminary wrestler in the WWF’s Boom Period back under the Winona Littleheart name as a baby face.

She was one of the wrestlers getting fed to The Spider Lady (Penny Mitchell under a mask) on WWF Championship Wrestling and All-Star Wrestling in the gimmick that would eventually be revealed as The Fabulous Moolah (after The Spider Lady won the WWF Women’s Title from Wendi Richter in November 1985 and Richter unmasked her).

After her departure from the WWF, she wrestled as The Lock in the CWA, David McLane’s POWW (his women’s group after he left GLOW), Women’s Championship Wrestling and other short lived women’s groups of the late 1980s still teaming with Vachon and winning tag titles.


In 1987, The Lock and Vachon provided some background vocals for the band Nasty Savage on their album “Indulgence”. Lead singer “Nasty” Ronnie Galletti acted as their manager for a short time in hopes it would recreate what Cindi Lauper and David Wolff did for the WWF with “The Rock and Wrestling Connection” but none of the women’s groups had any longevity at the time. 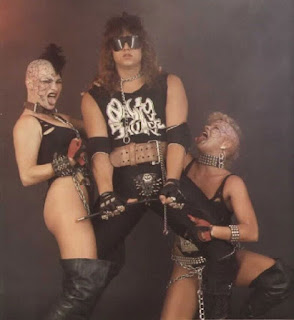