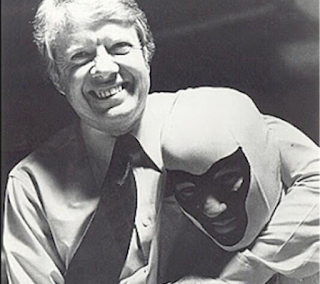 Bill Apter reported early this morning that Mr. Wrestling II (Johnny Walker) died today at home in Hawaii. He was 85. Apter received a phone call from Robert, Johnny’s son, informing him of the news.
Johnny Walker wrestled for several years, and even retired, before being convinced to come back to pro wrestling under the famous “Mr. Wrestling II” masked gimmick in 1972. He previously worked under a mask using “The Grappler” name.
As Mr. Wrestling II, he was a hugely popular star in Georgia. He won the Georgia Heavyweight Title ten different times from 1973 to 1980. He was friends with then Governor Jimmy Carter and stayed in contact with the Carter family when Jimmy became President of the United States.
Mr. Wrestling II was also a favorite of WTBS owner Ted Turner. As cable television began to expand throughout the U.S. in the 1970s, Georgia Championship Wrestling was a highly rated show for the basic cable network and Walker was a prominent regular.