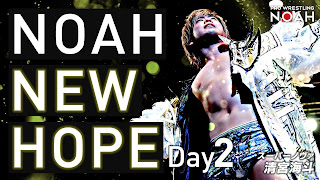 Mohammed Yone pinned Kinya Okada after the Kinniku Buster in 9:43.

Masao Inoue came out and made a challenge to GHC National Champion Katsuhiko Nakajima for the title. Nakajima accepted and the match will take place on 6/14/20.

Renee Dupree pinned Shuhei Taniguchi with a body press in 9:59.

Kaito Kiyomiya pinned Yoshiki Inamura after a spiked reverse DDT in 5:30. Kiyomiya cut a promo after the match but was confronted by Daiki Inaba. The two stared each other down to close the show.

The company will have three shows in a row on 6/10, 6/11, and 6/12 streaming live on WRESTLE UNIVERSE https://www.ddtpro.com/universe