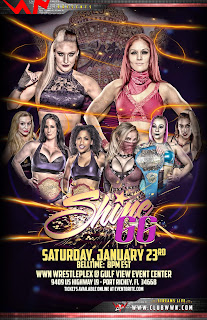 Sahara Se7en cut a taped promo on Ava Everett saying she will snatch her soul and devour it. 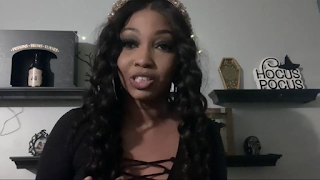 The W.O.A.D. did a taped promo to hype her title match against Shine Nova Champion Natalia Markova. 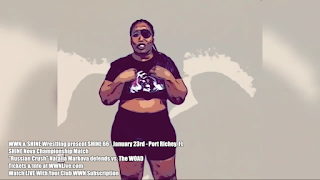 Trevin Adams and Robbie K opened the live show in the ring. This is the first SHINE event in almost a year because of the virus pandemic. They said Rocky Radley and Dynamite Didi are both not medically cleared to wrestle tonight. They were supposed to challenge for the tag team titles. SHINE Tag Team Champs Jayme Jameson and Marti Belle came out to the ring and they were shoving a couple of unnamed women along with them. They said they are being forced to defend the tag titles tonight no matter what so they picked “Girl 1 and Girl 2” to defend against. 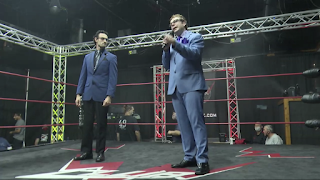 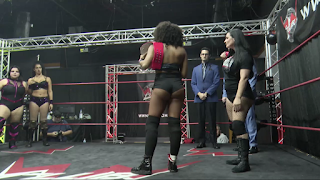 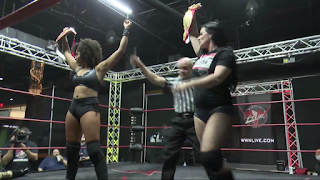 After the match, Kimber Lee said she wanted to challenge for the tag titles in a official title match but she didn’t have a partner yet. Stormie Lee then came out and said she wanted to challenge too but she didn’t have a partner either. She argued with Kimber for a bit and they decided to team up together. The match will take place later on in the show. 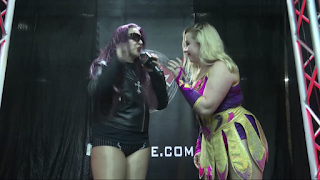 Harlow O’Hara pinned Erica Torres after a backfist and the Last Rites DDT. 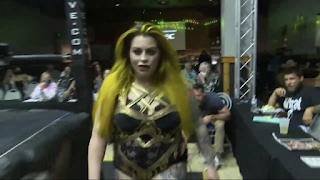 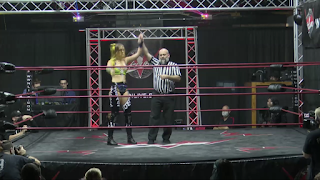 ACW will have a show on 2/6/21 called “My Bloody Valentine” on Club WWN. Adams said the ACW Women’s Title is expected to be defended on it.
ACW Women’s Champion Allie Recks pinned Amber Nova with an explosive inside cradle. Good match that left you wanting more from them. It looked like Nova was going to win with an arm bar submission but Recks finally reached the ropes. The referee separated them and Recks quickly rushed Nova to roll her up for the win. 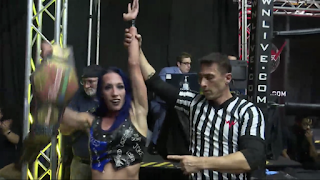 SHINE Nova Champion Natalia Markova beat The W.O.A.D. by Disqualification when The W.O.A.D. hit her with a chair as they brawled outside the ring. After the match, The W.O.A.D. rolled Markova back into the ring and squashed her with the running hip attack in the ring corner. Markova had to be helped to the back. 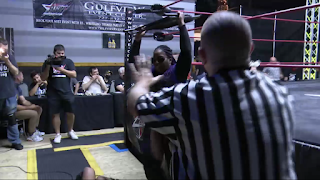 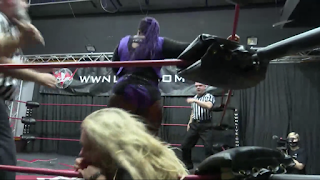 Intermission
A taped promo from Allysin Kay aired. She said she’s glad SHINE is back because it’s cold as hell in Michigan. She said she’s taking it on herself to be the locker room leader and will be giving out advice to others if it’s needed or not. She put over SHINE 66 as the only (American) all-women event running on 1/23/21. She said she hopes Ivelisse is history after tonight. 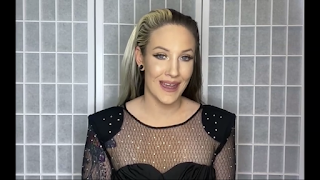 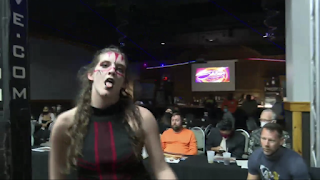 Kimber Lee and Stormie Lee won the SHINE Tag Team Titles from Jayme Jameson and Stormie Lee when Kimber pinned Belle after the Swanton Bomb. Jameson hurt her leg in the match but Stormie looked like she was hurting too. Belle wanted Jameson to help her give Stormie their double team finisher but ultimately had to deal with Stormie by herself. Stormie was able to fight her off and she made the hot tag to Kimber for the finish. 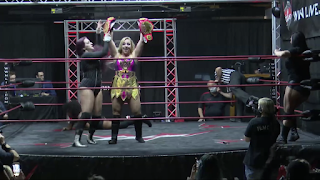 SHINE Champion Ivelisse beat Allysin Kay by Disqualification in a restarted match when Marti Belle ran in to attack Ivelisse. It looked like Kay won the title when Belle came down to cause a distraction but Ivelisse’s arm was in the ropes during the pin fall so the referee called off his initial decision. 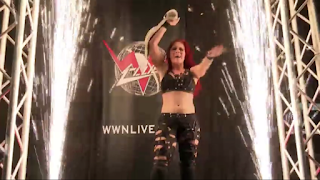