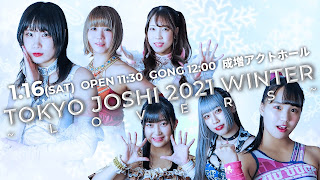 Maki Itoh beat Arisu Endo with a Boston Crab submission. After the match, Itoh cut a promo and said she wanted to face Sakisama and Mei Saint-Michel on the 2/11/21 show at Korakuen Hall with a mystery partner. 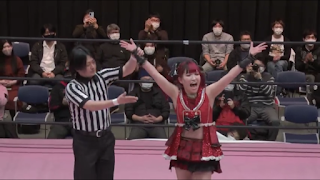 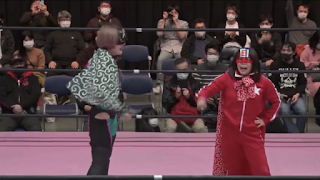 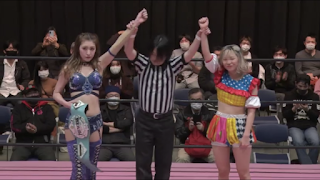 Princess Tag Team Champions Yuki Aino and Nodoka Tenma & Haruna Neko beat Marika Kobashi, Suzume, and Nao Kakuta when Aino pinned Suzume after a bulldog followed up by the Venus DDT. After the match, Hyper Misao and Shoko immediately ran in the ring and challenged Aino and Tenma for a tag titles shot on 2/11/21 at Korakuen Hall. 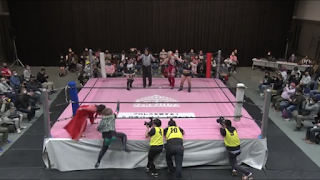 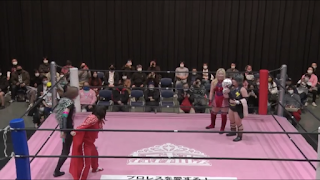 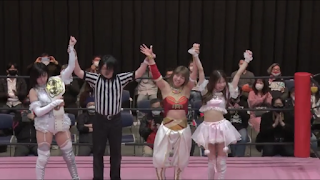 Update: In the 1/16/21backstage press conference, Maki Itoh at first said she would face Sakisama and Mei in a handicap match on 2/11 then quickly changed her mind and dragged Miyu Yamashita into the situation to officially make it a tag team match.