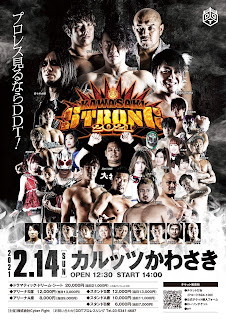 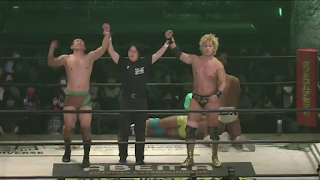 Antonio Honda, Kazuki Hirata, Shinya Aoki, and Super Sasadango Machine beat Sanshiro Takagi, Danshoku Dino, Toru Owashi, and Makoto Oishi to win the KO-D 8-Man Tag Team Titles in 12:49 when Hirata pinned Takagi with an inside cradle as a everyone else was getting “electrocuted” in a chain reaction with Honda sticking the Fox fingers up the backside of Dino who was caught on the ropes in the corner. 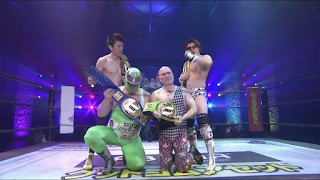 Saki Akai and Maya Yukihi beat Saori Anou and Miyako Matsumoto when Akai pinned Matsumoto after the Rookie Award in 10:52. Matsumoto and Anou kept accidentally colliding into each other so Matsumoto turned on her during the match and unsuccessfully tried to fight everyone by herself. 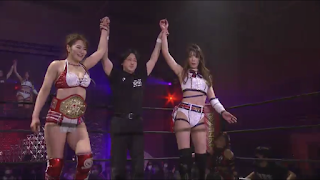 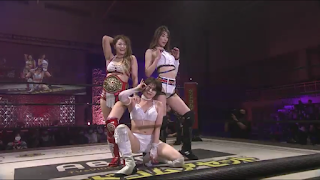 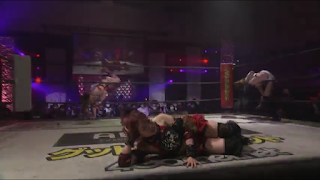 Super Delfin, Maki Itoh, and Chris Brookes beat MAO, Keigo Nakamura, and Mirai Maiumi when Itoh pinned Nakamura after walking the middle of the second rope and giving the Flying Big Head in 14:07. 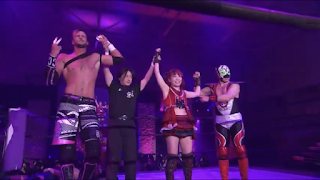 HARASHIMA and Yuji Okabayashi beat Kazusada Higuchi and Yukio Naya when HARASHIMA pinned Naya after the running knee shot in 13:34. 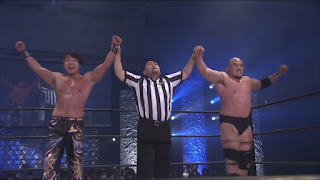 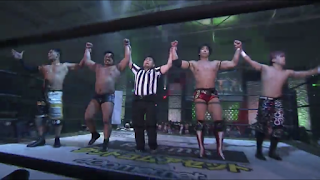 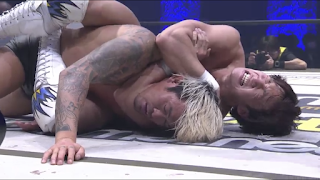 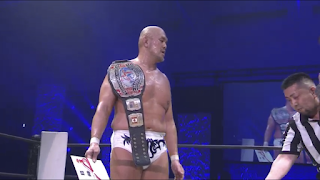