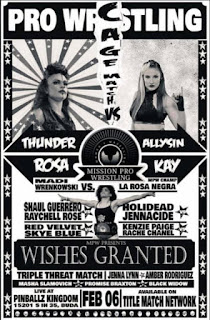 Brittani Nikole and Holidead are once again the broadcast team. Holidead will be facing JennaCide later. 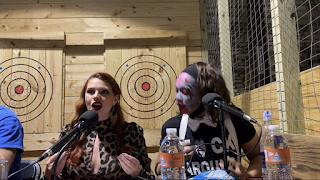 Rache Chanel pinned Kenzie Paige after a code breaker while Paige was caught between the ropes. 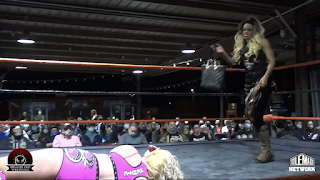 Masha Slamovich pinned Black Widow after a package pile driver. Good hard hitting back and forth match. Slamovich is a regular for Japan’s Marvelous promotion. The announcers said she just flew in and arrived to the building right before the match. 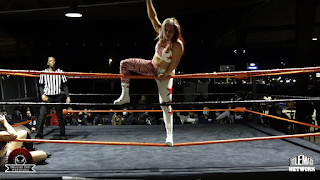 Raychell Rose pinned Promise Braxton after tossing Braxton’s own necklace at her to cause a distraction followed up by a big boot. 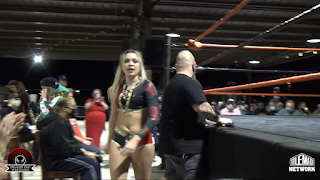 Holidead left the broadcast table to get ready for her match still to come.
Red Velvet pinned Skye Blue after what looked like a spin kick. 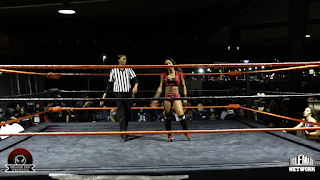 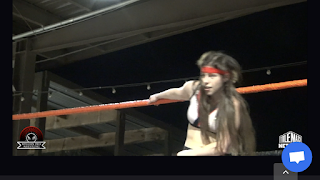 Holidead pinned JennaCide after unwanted help from Raychell Rose. If JennaCide won she would have been the #1 con. for the MPW Title, but if she lost, Rose would then be the #1 con. The popular Texas indie wrestler Phoebe was the referee. Holidead brought in a chair but Phoebe argued with her and tried to take the chair away from her so she couldn’t use it as a weapon. JennaCide then accidentally bumped Phoebe with a kick while aiming for Holidead. JennaCide then brought in a chair of her own. They ended up knocking each other out with chair shots. Rose was watching at ringside and finally snuck in the ring with everyone knocked out on the mat. She rolled Holidead on top of JennaCide for the pin. This was JennaCide’s first MPW loss. 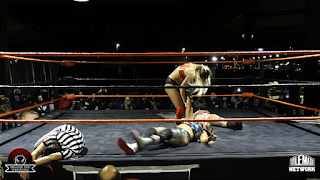 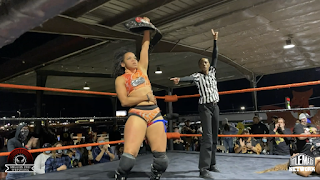 30-minute intermission as they set up the cage for the highly anticipated main event of Thunder Rosa vs. Allysin Kay.
The rules for the cage match is pin, submission, or knockout to get the win. No escaping the cage. 30-minute time limit. 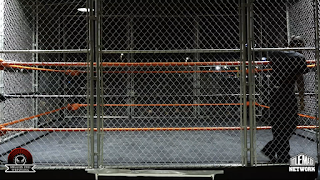 Holidead is back on commentary.
Thunder Rosa went to a 30-minute time limit draw with Allysin Kay in the Cage Match. There was a lot of MMA style mat wrestling for the first fifteen minutes. The cage was hardly used as a weapon. Kay gave Rosa a flap jack into the cage around twenty minutes in as the first use of it in the match. The pace picked up intensely in the final ten minutes with Rosa connecting with a flying body press and a top rope hurricanrana. Kay gave her a huge power bomb off the top rope when she tried to go for another hurricanrana. There was a slugfest in the final seconds and they knocked each other out as time expired. They continue to fight after the bell when they got back up. The locker room came out to separate them and the situation turned into multiple fights in and around the cage among various members of the locker room including La Rosa Negra and Raychell Rose going after each other. I assume this will possibly lead to an Iron Woman Match or some other type of rematch.
The next show is 3/20/21. 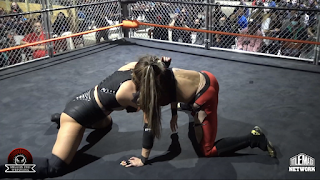 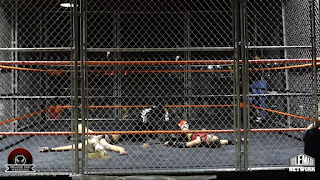 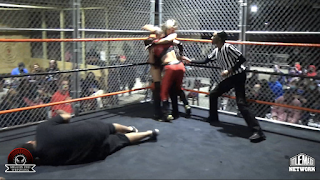 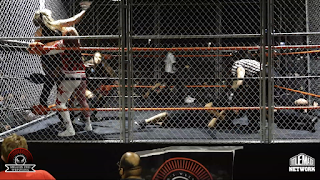 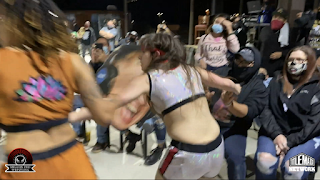 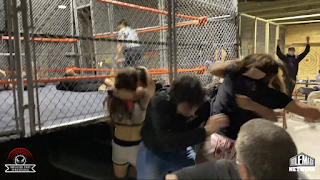