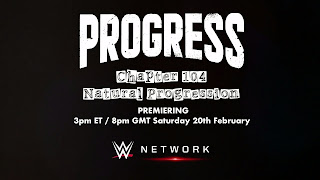 Charles Crowley and Hustle Malone are the broadcast team.

Chris Ridgeway won a #1 con. Progress World Title 4-Way Match over Gene Munny, Omari, and Spike Trivet by pinning Munny after a punt to the head.

Luke Jacobs pinned Man Like Dereiss after a lariat in a Natural Progression Series 7 First Round Match.

Danny Black pinned Elijah after a pumphandle suplex in a NPS7 First Round Match.

The show is still going on as of this post but WWD was leaked the results a bit ahead of time. It was taped in January.