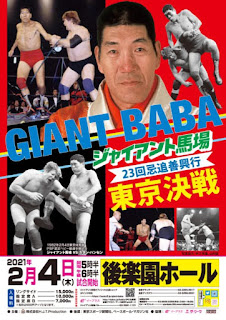 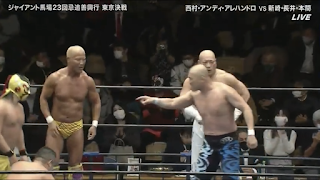 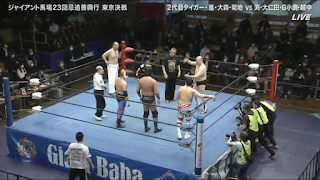 They aired the wild Giant Baba vs. Stan Hansen from 2/4/1982 on the big screen and for viewers at home. Hansen delivered a video message from his home afterwards. He said the 1982 date was memorable and a match he will certainly never forget. He said he and Baba were both excited for it. He said Baba was a class act and an honorable man who always kept his word on handshake deals with him. He said he hopes he can return to Japan in person one day. (The virus pandemic kept him away from the show today).

They laid a pair of Baba’s old wrestling boots in the middle of the ring and did the 10-bell salute for him. 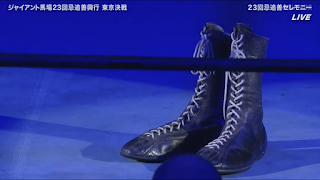 BUSHI pinned Atsuki Aoyagi in 10:14 after the MX. 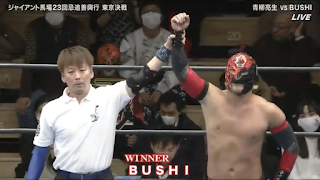 Yuma Aoyagi and Yuji Nagata beat Minoru Suzuki and Hikaru Sato when Nagata pinned Sato after the backdrop hold in 12:23. 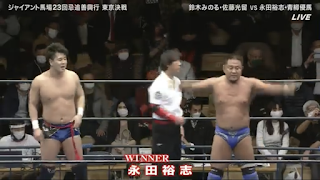 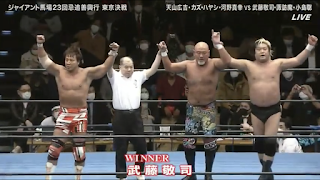