The Question Mark Passes Away 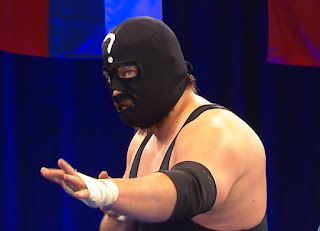 NWA President William Patrick Corgan announced on his social media late this evening that Joseph Hudson, who was best known as the popular masked heel character The Question Mark, has passed away. Corgan said it was sudden situation due to an undiagnosed medical issue.

The Question Mark was the henchmen and sidekick of Aron Stevens. He often interfered in Stevens’ matches to help him retain the NWA National Title during his championship reign. They were a charismatic comedy heel duo with the fans booing Stevens and cheering for The Question Mark.

Hudson also wrestled without the mask as Jocephus/Jocephus Brody in the NWA and several indie promotions. He feuded with Tim Storm for the NWA World Title.