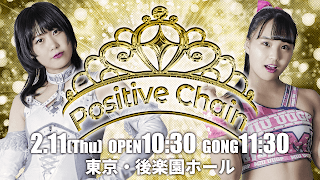 They will have a special event for women fans at Itabashi Green Hall on 4/4/21 called “Go Girls”. The crowd will be exclusively women and admission is free.

There will be no intermission and seven matches are scheduled. A boxing event will be held at 6pm Japan Time today at the venue. 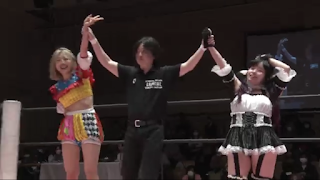 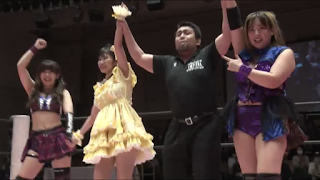 Yuka Sakazaki and Mizuki beat Suzume and Arisu Endo when Sakazaki pinned Endo after the Magical Merry Go Round. 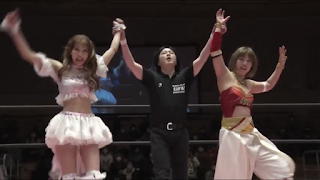 Miyu Yamashita and Maki Itoh beat Sakisama and Mei Saint-Michel when Itoh pinned Mei after the Flying Big Head. This was the first loss for Mei in TJPW. After the match, Itoh and Yamashita agreed to team up in the Two Princesses Max Heart Tag Team Tournament that starts on 2/20/21. 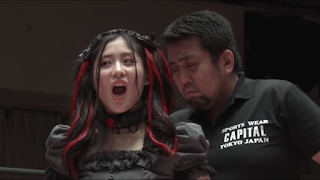 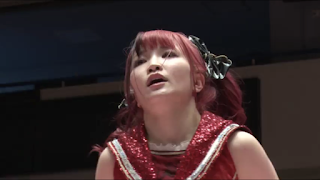 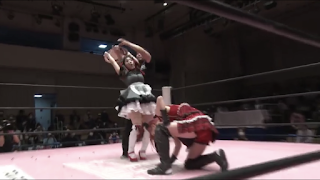 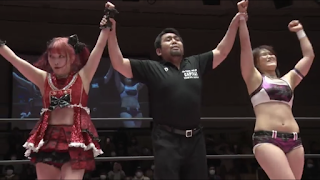 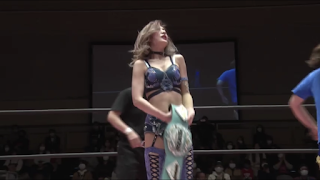 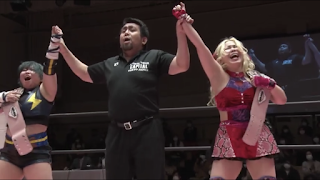 Princess of Princess Champion Rika Tatsumi pinned Miu Watanabe after the Missile Hip. Good, strong match. Watanabe hit Tatsumi with a Tear Drop and another one later on off the ropes but it wasn’t enough to get the win. They agreed to be a team once again for the tag team tournament. 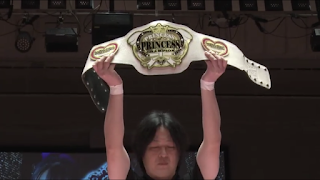 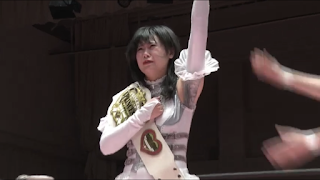 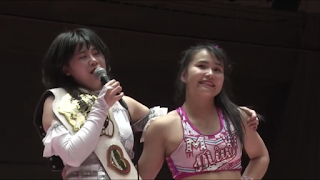