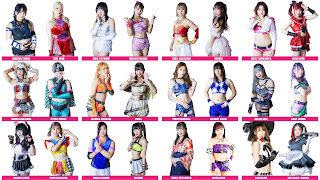 Tokyo Joshi Pro Wrestling results of the second round of their fist ever “Futari wa Princess Max Heart Tournament” from Tokyo, Japan 🇯🇵 at Narimasu Act Hall on 2/21/21 live on WRESTLE UNIVERSE:

Ring announcer Sayuri Namba said there will be a new event concept called TJPW Inspiration starting on 4/1/21 at Shinkiba 1st Ring. The plan is for them to be held every few months with no more than 3 matches on the cards, experimental matches/stipulations, and cheaper ticket prices. 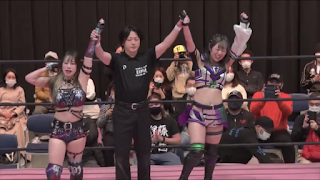 Sakisama and Mei Saint-Michel beat Mirai Maiumi when Mei submitted Suzume to the trapped arm and leg hold finisher in a MHT Match to advance. 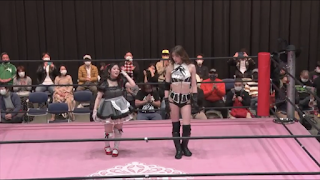 Yuka Sakazaki, Mizuki, Moka Miyamoto, and Arisu Endo beat Pom Harajuku, Haruna Neko, Marika Kobashi and Raku when Sakazaki pinned Harajuku after the Magical Merry Go Round. This was an 8-man tag featuring all the tag teams that were eliminated from the tournament yesterday. 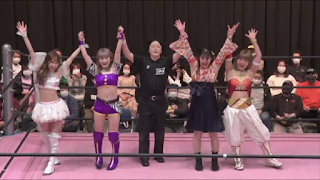 Maki Itoh and Miyu Yamashita beat Princess of Princess Champion Rika Tatsumi and Miu Watanabe when Itoh submitted Tatsumi to an Ito Special in a MHT Match to advance. 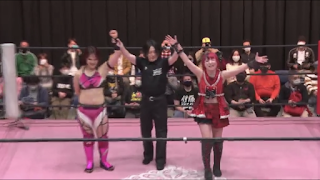 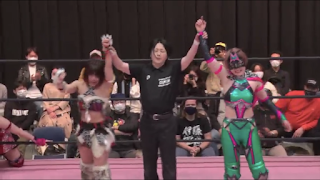 The semifinals and finals of the tournament are on March 6 and it will be broadcast live on WRESTLE UNIVERSE.