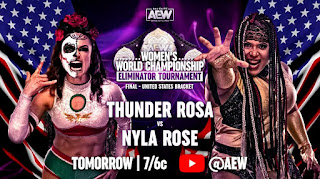 Excalibur and Taz are the announcers.

Madi Wrenkowski pinned Leva Bates after hitting Bates with The Young Bucks book (that Bates brought to ringside) as a clubbing blow. The referee was distracted and didn’t see what happened. This was a refreshing change of pace by showing an upset with a rising indie star getting her first win in AEW. Bates is in the role of a comedy jobber. She actually works behind the scenes at AEW in her main job with the company. 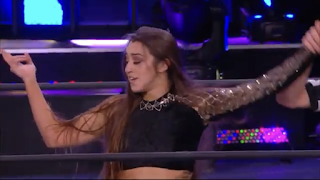 Leyla Hirsch beat Miranda Alize with an arm bar submission. Alize went for a cutter but Hirsch was able to capture her arm for the finish. 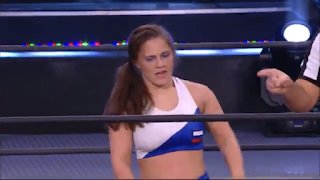 Nyla Rose won the USA tournament bracket finals over Thunder Rosa. Rosa went for offense off the top rope and Rose caught her with the Beast Bomb for the pin. 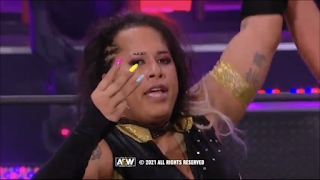 Rose will now face Japanese tournament bracket winner Ryo Mizunami in the overall tournament finals on AEW Dynamite on 3/3. The winner of that faces AEW Women’s Champion Hikaru Shida on 3/7 at the AEW Revolution pay-per-view.