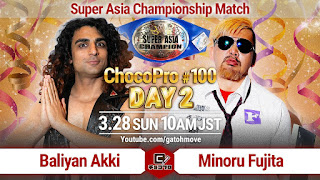 Yuna Mizumori is off the show after suffering some sort of injury on Day 1 in her loss against PURE-J Openweight Champion Kaori Yoneyama. Emi Sakura will be working twice on the card now to replace her. 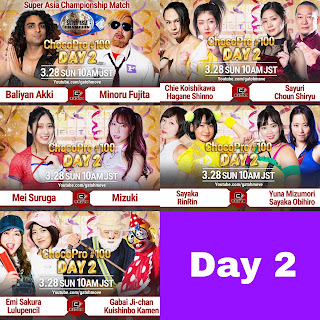 Emi Sakura and Sayaka Obihiro beat Rin Rin and Sayaka when Sakura submitted Sayaka to an over the shoulder backbreaker.