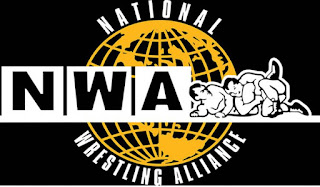 The golden voice of David Marquez as a ring announcer and interviewer will be sorely missed at this weekend’s NWA pay-per-view and NWA Powerrr tapings for FITE. He announced on his social media today that he was not invited back to the company.

W.W.D. has heard from four sources who feel like this weekend could be a chaotic cluster in the NWA. For starters, the ppv was only publicly announced with a few weeks notice and it’s on the same day as WWE Fastlane which will be the last live WWE event broadcast on the WWE Network and the first live WWE event broadcast on Peacock (which will be the new live streaming home of WWE). Everything feels rushed and thrown together on how it was announced and promoted. The running time isn’t expected to be long just like the previous NWA ppvs.

Unless booking plans change, NWA Worlds Heavyweight Champion Nick Aldis vs. Aron Stevens is expected to be competitive overall despite Stevens’ character being a comedy act for his whole NWA run. The match is dedicated to the late Joseph Hudson, aka The Question Mark, with the story being Stevens will try to use everything that he was taught by The Question Mark in the match.

Kamille is expected to be the new #1 con. for the NWA Women’s Title and she will continue to booked strong. She is still very green, so she’s being pushed and protected in short matches to be made to look dominant.

The booking of Tyrus on the pay-per-view has raised a few eyebrows among wrestling fans and some of the wrestlers. Tryus left pro wrestling full time after gaining a bit of popularity as the co-host/sidekick of Greg Gutfeld on Fox News Channel’s “The Greg Gutfeld Show” in 2016. Those appearances spun him off into new shows “Un-PC” and “Nuff Said” on Fox Nation (the streaming service of Fox News Channel). He was paired with Britt McHenry on “Un-PC”. McHenry ending up suing him for sexual harassment, but then claimed she lost her cellphone which contained proof. The case is still ongoing.

The belief is the NWA roster going forward will be mixed with those currently under contract and those willing to work fairly cheap for a chance to be on television.

Thunder Rosa vs. Kamille in a #1 con. match for the NWA Women’s Title

Crimson vs. Jax Dane vs. Jordan Clearwater vs. Slice Boogie in a 4-Way Match

New episodes of NWA Powerrr start on 3/23/21 for a yet to be announced price on FITE.