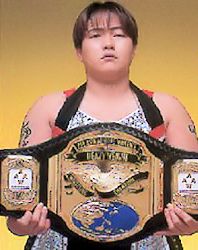 There was a press conference on 3/11/21 in Japan with Marvelous’ Chigusa Nagayo and Sendai Girls’ Meiko Satomura to promote the GAEA 25th Anniversary event called GAEAISM on 4/29/21 in Tokyo at Ota City General Gymnasium. It was originally supposed to take place last year but ended up getting postponed due to the virus pandemic. 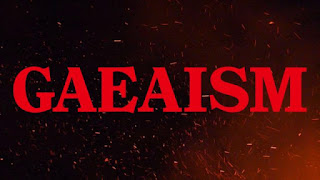 They announced the All Asia Athlete Women’s Single and All Asia Athlete Women’s Tag Team Team Titles (which were the championships in GAEA until the company closed in 2005) will be reactivated for the 4/29/21 special show. The new champions will be decided in matches between yet to be named members of the Marvelous roster vs. yet to named members of the Sendai Girls roster. The winning promotion will get to control the titles.

Nagayo said she wants the belts to be defended around the world and she wants to have a Marvelous International brand in America.

The first AAAW Champion was Nagayo. She defeated Devil Masami on 11/2/1996 in Singapore to become the inaugural title holder. She lost it to Masami in 1997, but she would win it one more time in 1998 over Masami again. Satomura held it twice as well, defeating Aja Kong in December 2001 and Ayako Hamada in April 2004.

Satomura was half of the first tag team champions (when they were originally the Junior Heavyweight Tag Titles) with Sonoko Kato on 11/2/1996 in Singapore over Sugar Sato and Chikayo Nagashima. She later held them with Ayako Hamada and with Nagashima. Nagayo was a tag champion with her famous Crush Gals partner Lioness Asuka, winning them over Nagashima and Sato in April 2004.