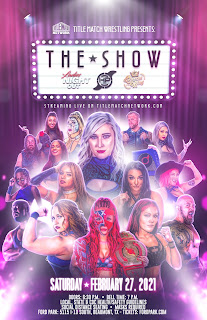 Hurricane Pro Wrestling, Ladies Night Out, and Queens Of The Ring joined forces to present “The Show” from Beaumont, Texas, USA 🇺🇸 at Ford Park on 2/27/21 live on Title Match Network:

Sammy Kiss is the play by play announcer.

Hurricane Pro Wrestling Cruiserweight Champion Miranda Alize beat Nate Andrews with the Miranda Rights cross face submission. Really good fast paced match. With each match, Alize’s star power continues to shine and I’m surprised AEW or WWE hasn’t officially signed her up yet. She gives you the impression that you’re seeing someone “must see” on the indie scene. (Hurricane Pro)

Hurricane Pro Wrestling Women’s Champion Heather Monroe won a Triple Threat Match over Madi Wrenkowski and Vipress by pinning Wrenkowski with a Michinoku Driver. You can now watch this match for free on YouTube. (Queens Of The Ring)

Deonna Purrazzo beat Ladies Night Out Champion Ivelisse by Disqualification when Miranda Alize ran in to attack Purrazzo just as Purrazzo had Ivelisse in the arm bar. Jordynne Grace made the save setting up Grace vs. Ivelisse in the future. Purazzo had the Impact Wrestling Knockouts Title with her and she was announced as the champion.The LNO Title was only on the line. (Ladies Night Out)

The next Hurricane Pro show live on Title Match Network will be on 5/1/21. 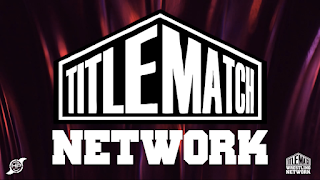