Kylie Rae Returning To Wrestling At Least For One Night 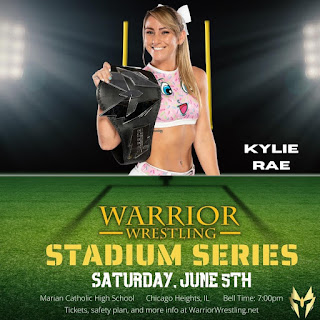 Warrior Wrestling announced that their Women’s Champion Kylie Rae will be defending the title on the 6/5/21 show in Chicago Heights, Illinois at Marian Catholic High School. No challenger has been named yet. (Thunder Rosa is the only other female talent announced for the show so far).

Rae announced her retirement from pro wrestling and a breaking away from social media in November 2020. She was dealing with health and personal issues at the time. She is from Illinois. It’s unknown at the moment if her appearance for Warrior Wrestling will be a one-shot in familiar territory or if she will consider more indie bookings this year.