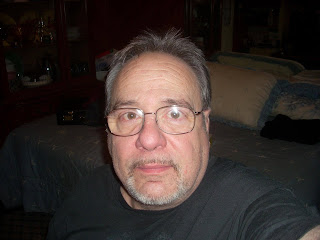 This is a hard item to pass along. Michigan pro wrestling historian Mark Bujan sent word that Eddie Farhat, Jr. died this morning due to complications from COVID-19. He had been dealing with a few other health issues over the years.

Eddie was the oldest son of The Original Sheik (Ed Farhat). During the days of Detroit’s Big Time Wrestling, he wrestled under the name Captain Ed George. Since Detroit BTW was always a Farhat “family affair” operation, he also played many roles behind the scenes including booking.

He was featured in the famous documentary about The Sheik and the Detroit territory called “I Like To Hurt People.” He gave a great arrogant “tough guy” promo with his wife and daughter smiling by his side (click link below). The documentary was a hit among pro wrestling fans when it was released on video in 1985, but it sort of confused viewers because they didn’t realize that they were seeing clips of several years old matches in what was a mockumentary with no real time line. Most of the footage was from the 1970s as Detroit’s Big Time Wrestling had closed its doors for good in 1980. Ernie Roth is in it under his old Abdullah Farouk name as the heel manager of The Sheik. He worked in the WWF as The Grand Wizard of Wrestling. He died of a heart attack in 1983.

Eddie’s death is another tragedy for the Farhat family. His younger brother Tommy Farhat died in October 2020 of kidney cancer. Both men are the cousins of Sabu.

When The Sheik died in 2003, Eddie and Tommy wanted to keep Sheik’s legacy and the Big Time Wrestling alive. They began running shows of their own under the banner “All World Wrestling League presents Big Time Wrestling”. I worked for them briefly as an announcer in another incarnation during the mid-2000s when they had AWWL BTW on the ABC station in Lansing, Michigan on Saturday nights. They were incredibly kind and generous.