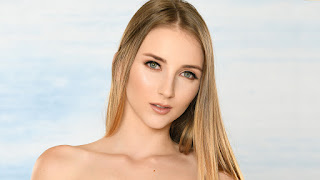 Adult entertainment star Macy Meadows was rushed to the ER late in the evening on 3/25/21 after experiencing what appeared to be a seizure or stroke. A CT scan at the hospital found a cyst on her brain and she was sent into immediate surgery to try to remove it. No other updates were available as of this writing at 12:35am EST.

Meadows began her career in 2017. She once worked at an auto repair shop and has fondness for vehicles. She spent the past several months building her own dream van that she nicknamed Beluga The Big Blue Van.

Friends of Macy Meadows report the surgery was successful but she will be monitored in ICU for at least 48 hours.