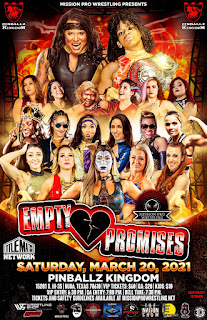 Baby D. and Madi Wrenkowski were the broadcast team for the opening matches then Thunder Rosa and Holidead took over to do most of the rest of the show. Brittani Nikole is working the SWE Fury show tonight in Canton, Texas so Rosa is replacing her as an announcer for the evening.

Jazmin Allure and Queen Aminata were the mystery opponents for Holidead and Thunder Rosa in the opening match. 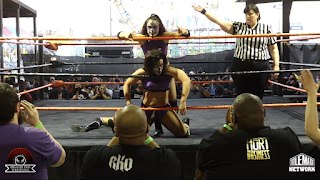 Aleyah Mia Sweets pinned Raeven Marie after a shining wizard. Marie is currently the Women’s Champion for the CWA promotion in Puerto Rico. 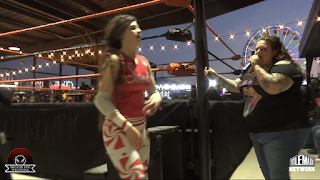 Thunder Rosa and Holidead take over on commentary. 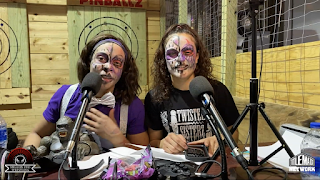 Phoebe and Myka beat Danni Bee and Leila Grey when Phoebe pinned Grey and Myka pinned Bee at the same time after a pair of driver moves. 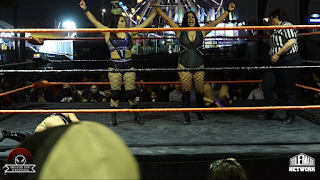 Leyla Hirsch vs. Masha Slamovich at first ended in what looked to be a double pin draw as they both cradled each other after a superplex spot. The referee counted three and raised both of their arms. They were frustrated with the decision so they shoved down the referee then brawled. The locker room ran out to pull them apart. It was ruled a double disqualification in the end. 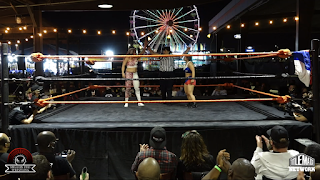 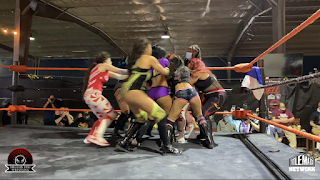 Intermission- Buda, Texas and Pinballz Kingdom is quickly becoming a “must see” place to go to if you’re a pro wrestling fan thanks to these MPW events. There’s a carnival outside of the venue with a Ferris wheel and rollercoaster.

JennaCide pinned Rache Chanel after a tombstone piledriver. Holidead left the broadcast table afterwards and challenged JennaCide to a match on the 5/1/21 show. 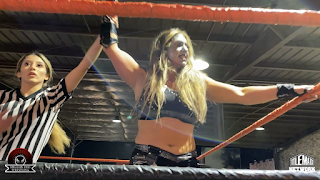 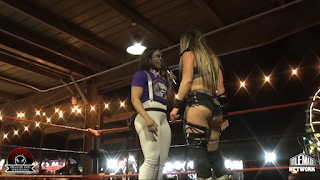 KiLynn King pinned Ray Lyn after a face plant. Good match with lots of back and forth action. 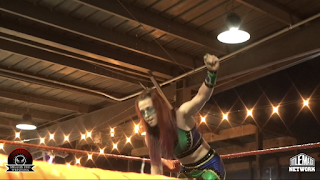 Thunder Rosa left the announcer table and was replaced by Madi Wrenkowski.

Nyla Rose came to the ring and cut an arrogant heel promo. She said she was supposed to face Super Oprah tonight but she didn’t show up. She ordered the referee to raise her hand and be declared the winner. The referee agreed but ring announcer Baby D. refused to make the announcement. Rose said she would do an Open Challenge with somebody to get a real victory. Baby D. accepted the challenge. She just retired a few months ago. 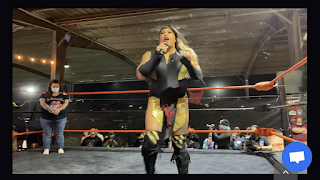 Nyla Rose pinned Baby D. with a cradle and using feet on the ropes. Baby knocked her out of the ring with a right hook after the match then went back to doing ring announcing for the main event. 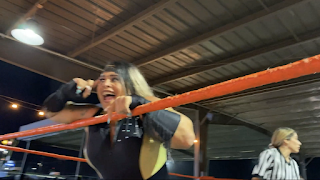 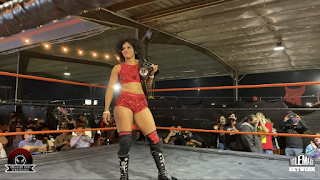