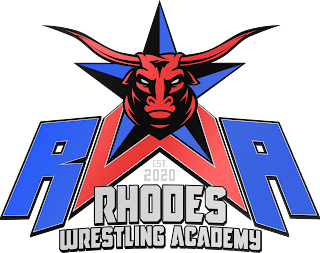 Rhodes Wrestling Academy results of the Inaugural First Class Showcase 2021 from the RWA in Leander, Texas, USA 🇺🇸 broadcast on YouTube on 3/20/21:

Dustin Rhodes opened the show in the ring to welcome viewers. He was surrounded by super cool posters of Dusty Rhodes, Ric Flair, and Bret Hart on the wall behind him. As the camera panned around there was a early 1990s WCW logo poster and other cool stuff.

Stew Myrick is the play by play announcer. He’s a great knowledgeable voice who has been the play by play guy for Inspire Pro Wrestling in Texas. He also hosts a radio show called “Sports Guys Talking Wrestling” on The Horn FM out of Austin.

AEW’s Rebel/Reba is the referee.

Shawna Reed comes out to the ring first. She’s doing a “crazy chick” gimmick along the lines of Daffney, Mickey James, AJ Lee and others. They showed a taped interview with her and Myrick. She rocked back and forth unfocused then told him she just got out of an “establishment”. She’s got a good look and pulled the character off well. Her opponent is Themis Miller. She did a taped interview with Myrick as well. She said everyone will know her after the match and respect her name.

There are posters of New Japan, AEW, NWA, and World Class Championship Wrestling all around the building.

Themis Miller pinned Shawna Reed after a Samoan Drop when Chad Lennex got on the ring to cause a distraction. After the match, Lennex attacked Reed and put her in a Cobra Clutch type of hold. Dustin Rhodes made the save and ran him off.

Beau Harmon is out next. He’s a former college football player. He told Myrick he’s not a big fan of pro wrestling and he’s just there for the money. He said he gets to beat people up and “make fun of the hillbillies watching”. Ki Sei is his opponent. He said the name means “parasite” and nobody will know if he’s a good person or a bad person.

Ava Wilde is out next. She told people can expect a whole lot of power and pain from her. Zoe Gates is her opponent. She boasted that she’s popular, pretty, and rich. She said the only person that can hold up to her is Sasha Banks.

Myrick did a taped interview with RWA founder Dustin Rhodes. He thanked the fans for watching and supporting him for 32 years in wrestling. He said it’s his turn to teach new generations of kids and he hopes one day they can make it to TV and because stars.

Redd Davis is out as part of a tag team with Beau Harmon. Davis told Myrick they pride themselves on technical wrestling and that’s what we will see. They face James Holliday and Sizko Armenta. Armenta said he was inspired by Chris Jericho to become a wrestler. Holliday said he’s an army veteran who liked wrestling and wanted a new challenge in his life when he finished military service.

Rob Dutcher is out. He told Myrick he was inspired by Eddie Guerrero and Daniel Bryan. Billy “The Bruiser” Burgess is his challenger. He did a short interview and promised to chokeslam Dutcher to hell.

Billy Burgess made good on his promise and choke slammed Rob Dutcher for the pin.

Lennex told Myrick said his action will speak louder than words and business picked up when he walked in the door. He said he has a background in martial arts. He’s definitely a cocky heel.

Reed came out selling her neck from the attack by Lennex earlier. She insanely attacked him in the corner right before the bell and after it rang.

Shawna Reed beat Chad Lennex by arm hold submission. After the match the roaster and crew got in the ring to congratulate Reed. Billy Burgess looked like he was going to attack her but she gave him a big hug instead.
For more on the Rhodes Wrestling Academy here is their website: