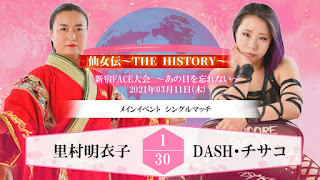 This show was in memory of the Great East Japan Earthquake that happened on 3/11/11. It killed nearly 16,000 people after causing a large tsunami. It also wrecked havoc with nuclear reactors.

This was Meiko Satomura’s in-ring return to the company after a hiatus because of recently competing in NXT UK. 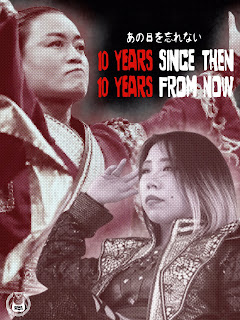 Hiroyo Matsumoto beat Manami by submission with a Texas Cloverleaf in 11:13.

KAORU beat Sakura Hirota in a match that had special point system rules.

Chihiro Hashimoto and Kanon beat Mio Momono and Ai Hozan when Kanon pinned Hozan with a Jackhammer in 10:58.

They announced an event for 6/27/21 called “Women’s Wrestling BIG SHOW” in Niigata at Niigata City Gym. 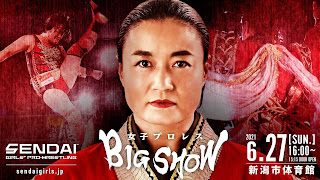