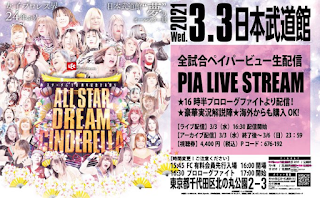 Due to the strict terms of service rules, no pictures or videos are allowed to be taken and posted from the pay-per-view broadcast. W. W. D. usually always tries to show photos of the match winners whenever covering live shows if possible. We can’t for this one.

This ppv will be available to view until 3/6/21 (Japan Time) on PIA and then it will eventually make its way to STARDOM World as VOD. The first matches are simulcast on free YouTube.

NatsuPoi won the High Speed Title from AZM with a cross arm German Suplex for the pin in 7:41 Hot, fast paced opener. They shook hands and bowed to each other after the match. As of the start of this show, all members of Donna del Mondo hold STARDOM Titles but I have a strong feeling Giulia loses her hair and the Wonder of STARDOM Title in the main event. 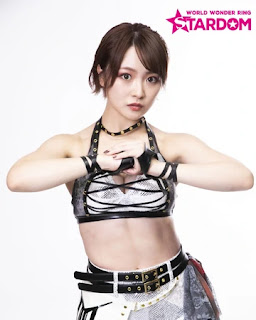 Goddesses of STARDOM Tag Team Champions Maika and Himeka beat Natsuko Tora and Saki Kashima when Maika pinned Kashima with a Michinoku Driver in 7:15. Donna del Mondo retain the tag team titles in their first defense. Tora and Kashima attacked them before the bell rang. At one point Himeka got them both on her back at the same time in a back breaker which looked impressive. 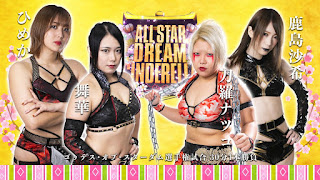 They showed the Io Shirai congratulatory video on STARDOM’s 10 year anniversary. She had the NXT Women’s Title on her shoulder. Clips of her STARDOM career were shown.

Kairi Sane (Kairi Hojo during her STARDOM days) sent over a message as a surprise. She is still under WWE contract. No video highlights of her STARDOM matches were shown.

The All Star Rumble is next to officially open the exclusive pay-per-view side of things. Rumble rules with two starting off then others entering every minute. Pins, submissions, and Over The Top Rope for the eliminations.

Unagi Sayaka won the match by eliminating Yuzuki Aikawa by over the top rope in 35:01. 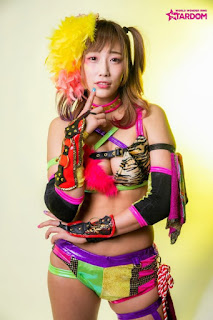 Nanae Takahashi pinned Momo Watanabe with the One Second EX in 10:21. It was an intense back and forth slugfest that didn’t let up. After the match, she briefly tried to intimidate STARDOM Executive Producer Rossy Owaga who was sitting at ringside. This was Takahashi’s first match back in STARDOM since 2015. She had the SEAdLINNNG Beyond The Sea Tag Team Title belt with her. She and Arisa Nakajima are the current champions. 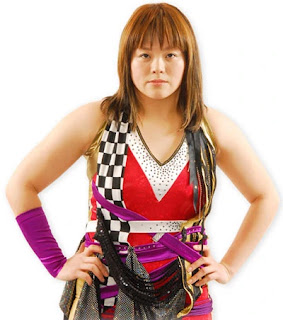 SWA Champion Syuri beat Konami with a stretch muffler submission that she calls the White Tiger in 8:19. Donna del Mondo retains another title tonight. Luck may run out for Giulia later. 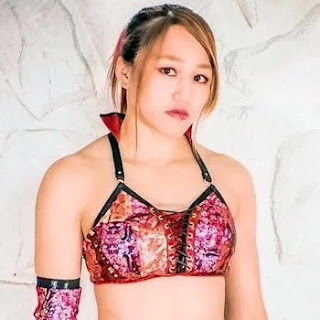 Mayu Iwatani pinned Yoshiko after a moonsault. Really good match. Yoshiko is currently the SEAdLINNNG Beyond The Sea Champion and she came out with the belt. Iwatani wanted to shake hands at the start but Yoshiko gave her the middle finger. Iwatani was the strong suffering hero in the match. She survived three diving sentons and two lariats. Yoshiko kicked out of the Dragon Suplexes. Iwatani did a suicide dive at one point and landed ugly on the back of her head and neck. The time of the fall was 15:09. They did promos afterwards. Iwatani thanked her for coming back to STARDOM and having the match after 6 years. Yoshiko said Iwatani has become strong. They shook hands and hugged. Iwatani raised Yoshiko’s hand in respect then left the ring for Yoshiko to have the ring to herself. Akira Hokuto was guest color commentator for the match. 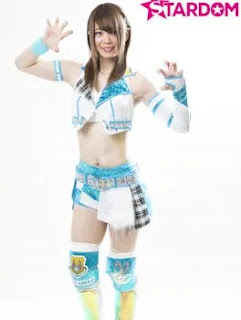 World Of STARDOM Champion Utami Hayashishita pinned Saya Kamitani after a BT Bomb in 15:46. Very physical match. Rossy Ogawa went in the ring to do the usual big title match photo op. Kamitani came in with noticeable big bruises on her face which were probably suffered during one of the several shows last month. The camera panned in close up on her face as she was laid out on the mat after the match and a big tear was rolling down her face. It was an emotional scene. Bea Priestley then came out and cut an arrogant promo to challenge Hayashishita for the title next on 4/4/21 at Yokohama Budokan. 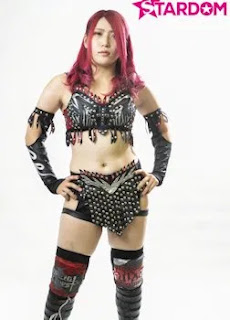 They showed clips of the famous bloody hair match of Chigusa Nagayo vs. Dump Matsumoto from 1985 to hype up the main event.

Tam Nakano pinned Giulia in 18:57 with the Twilight Dream suplex to win the hair vs. hair match and the Wonder of STARDOM Title. Nakano finally got her revenge after countless months of bullying from Giulia. Donna del Mondo’s win streak for the evening ends and Giulia loses her beautiful blond hair. Nakano cried and was nervous holding the electric razor as Giulia sternly wanted to live up to the stipulation. Giulia sat in a chair in the ring and wanted to get it over with. In the end, Nakano refused to do any of the hair cutting and she handed the razor over to a male staff member to do it for her. Giulia sobbed a couple times at the loss of her hair then went back to acting tough. She ended up shaking Nakano’s hand and raised her arm in respect. 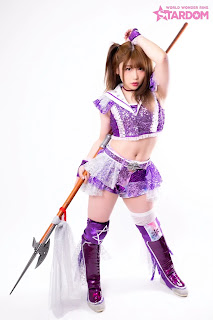