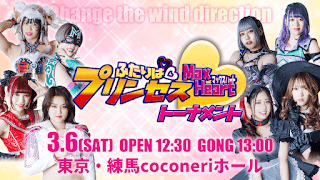 In the semifinals of the tournament tonight it will be Sakisama and Mei Saint-Michel vs. Hikari Noa and Sena Shiori, then Maki Itoh and Miyu Yamashita vs. Shoko Nakajima and Hyper Misao. The winners of each match will meet in the main event finals.

TJPW will be doing their third live pay-per-view on OPENREC.TV on 3/7/21 which actually starts at 10 pm EST on 3/6/21. It will feature 11 singles matches in a tournament with the winner getting a coupon to eat at Genghis Khan Kirishima. Matches will be 5 minute time limits and two count falls. If there’s a draw it goes to an overtime period with a one count for the fall. The show costs $27.69 USD. 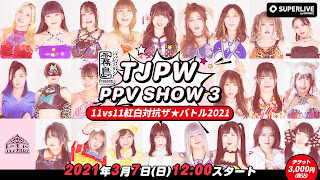 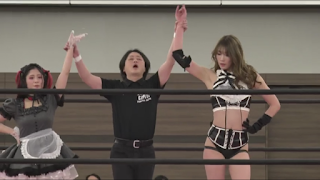 Maki Itoh and Miyu Yamashita beat Shoko Nakajima and Hyper Misao in a semifinals tournament match when Yamashita pinned Misao after a springboard enzuigiri followed up by an Attitude Adjustment as Itoh held Nakajima in the Itoh Special so she could not break up the pin. 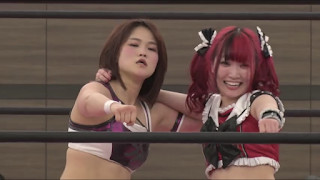 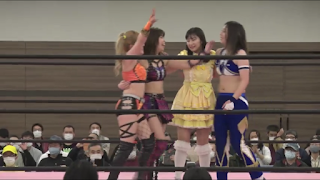 International Princess Champion Yuki Kamifuku won a 3-Way Match over Mizuki and Haruna Neko by pinning Neko after the Famouser. Neko and Kamifuku repeatedly worked over Mizuki’s eyes with eye rakes and eye pokes. Mizuki was “blinded” and kept trying to attack the referee by accident. She charged at him towards the finish but he casually sidestepped her and she went flying through the ropes to floor to leave Kamifuku and Neko in the ring one on one. 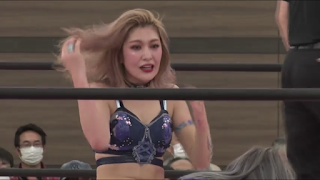 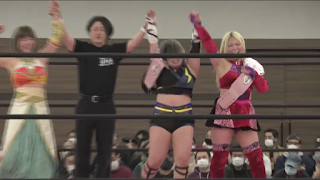 Sakisama and Mei Saint-Michel won the tag team tournament over Miyu Yamashita and Maki Itoh when Sakisama pinned Yamashita after the Academy Awards. The winners were both given trophies after the match but Sakisama didn’t seem very impressed with hers. She called out Tenma and Aino and challenged for a tag team titles shot. Mei snuck up behind Tenma and tried to steal her tag belt but Tenma pulled it away and Mei fell to the mat. The tag titles match will take place on 4/17/21 at Korakuen Hall. 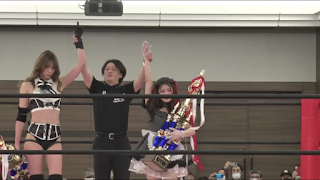 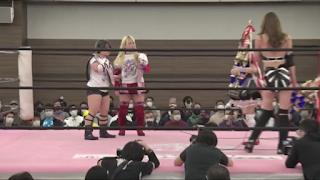