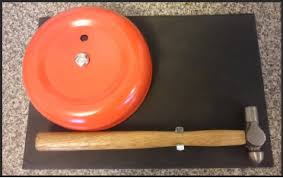 W.W.D. received word late on 4/16/21 informing us that longtime Michigan timekeeper and bellman Greg Schimizzi died after battling a chronic illness since 2019.

Schimizzi worked countless Michigan indie pro wrestling shows for several decades for groups like Midwest Championship Wrestling, Insane Championship Wrestling, IWF, XICW, and so much more. He was usually one of the first at the venue. If he was rushing in late, he was always incredibly apologetic and humble. Everything Greg did was from the heart and the most sincere.

When those of us on the announcer teams over the years would arrive to the building, he was already sitting in place and fully prepared at the timekeeper’s table. He would greet everyone with a big smile and kind words then immediately hand us the format sheet so we could get ready for the evening. He would sit back and listen to the commentary, and if someone made a mistake, he would be quick with words of encouragement so people wouldn’t beat themselves up at great lengths over it. In many ways, a show didn’t feel the same if Greg wasn’t there at the table with you.

It's a particularly sad and tragic story from what I was told. Greg just stopped showing up to events all of a sudden which was out of character for him. Most people who knew him knew he was an unassuming gentleman and he didn’t like to make a fuss about himself. Pro wrestling photographer and longtime Wrestling Observer indie Michigan correspondent Leonard Brand was so concerned after not being able to reach him, he contacted the police to try to find him. He discovered Greg was seriously ill and hospitalized. Brand regularly visited him and became a caregiver of sorts until the end.