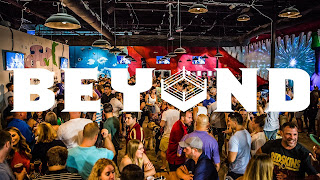 Ring announcer Rich Palladino opens the show and said there will be four qualifying matches to earn a shot at the IWTV Independent Title. The winners of each match will go on to face each other in a 4-Way Elimination Match for the main event of the evening.

Dave Cole beat Facade by submission in a qualifying match. Dani Mo was in the corner of Facade.

There are no announcers on this show and it’s wonderful to not hear anyone trying to act cool and hip by aimlessly swearing to get over like with most of the indie announcers on other shows this weekend.

Gary Jay pinned HERZOG after a running double stomp to the back in a qualifier match.

Dan Barry pinned Eric Corvis in a qualifier match. There is a woman in the front row who seems very drunk. She keeps yelling all kinds of awful stuff to Barry. He told her to stop a few times then politely gave her some heat back.

Palladino told the crowd to watch their language especially when it comes to spewing hate speech.

Anthony Stone pinned Jefferson Saint in a qualifier match in just a few seconds after Saint cut an arrogant promo before the bell rang.

Sean Maluta and Jaka beat T-Money and Russ Myers when Maluta frog splashed both guys at the same time then pinned T-Money.

The next live Beyond Wrestling show on IWTV is 5/6/21.

Rickey Shane Page and Vincent Nothing beat Davey Vega and Matt Fitchett when Nothing pinned Fitchett after a double team finisher. Page had all kinds of bandages on his head from cuts after multiple matches this weekend.

Main event 4-Way Elimination Match for #1 con. to the IWTV Independent Title is next.