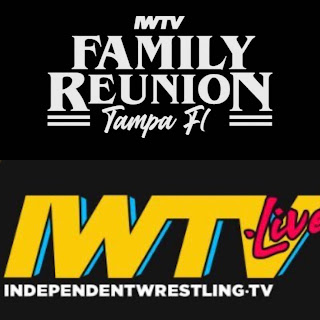 MV Young and AC Mack won a 4-Way Tag Team Match over Ashton Starr and Jared Evans... Erica Leigh and Boar.. Eel Oneal and Jordan Blade when Mack pinned Evans by stealing the pin from Young. Young laid out Mack with a big forearm shot after the match for taking all the glory.

Gary Jay pinned Bille Starkz after a knockout shot. Real good back and forth intergender match. Starkz gave Jay a DVD on the floor during the match and got in tons of offense. Fans sounded disappointed that she didn’t win. Jay got on the mic after and put Starkz over then they shook hands.

New South Champion Derek Neal pinned Cabana Man Dan after a Fisherman Buster. Neal went after Dan with a big leather strap afterwards but Adam Priest made the save.

Limitless Wrestling and C4 Champion Daniel Garcia beat Kevin Ku by leg submission. Good match. Garcia seems like he’s definitely being groomed for the big leagues and getting a lot of buzz on the indie scene. He called out Lee Moriarty for the IWTV Title.

A Very Good Professional Wrestler pinned Champion with a cradle set up by YUTA’s diving DDT. AVGP made a blind tag and took the pin away from YUTA.