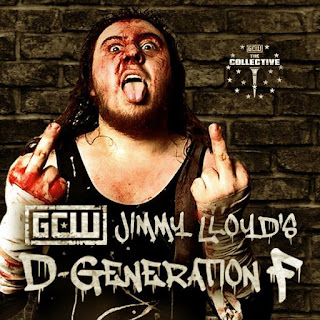 Ninja Mack won a 6-Way Scramble over Levi Everett, American Beetle, Gabriel Skye, Conan Lycon, and Hunter Drake by pinning Everett after what can be best described as a twisted moonsault leg drop. They did a few very dangerous looking spots. Lycon gave Beetle a Razor’s Edge from the ring into a pile of chairs set up on the floor. Beetle landed badly on his neck and head then was never seen again in the match. Skye gave Lycon a Spanish Fly off of a brick wall through a big board set up by tables below. They were never seen again either. When it was all over, Everett was apparently hurt and he had to be helped from the ring by several after a few minutes.

Billie Starkz won a 3-Way Match over Rok-C and Skye Blue by pinning Blue with a German Suplex.

Atticus Cogar pinned Tre Lamar after a driving headlock right in the mat.

Jordan Oliver pinned Everett Connors after a diving cutter from the second rope. Tony Atlas is at the show and was dancing in the crowd to Jordan Oliver’s theme music after the win.

Nolan Edwards pinned Daniel Garcia with what looked like a uppercut shot but it happened so fast it was hard to tell. Very good back and forth technical wrestling match.

Starboy Charlie pinned Jimmy Lloyd by reversing an inside cradle for the pin. They shook hands and hugged afterwards. Charlie is 18 years old.