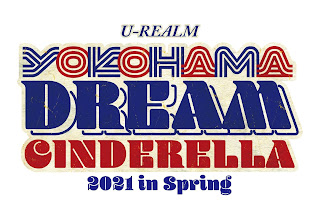 This event is only available on PIA until 4/7/21 then it will be posted eventually on STARDOM WORLD.

Yuzuki Aikawa is the female commentator on the broadcast.

Hina won a 3-Way Match over AZM and Lady C by pinning Lady C with a clutch in 7:06. Good opener. AZM hit a diving double stomp and tried to pin both. Lady C delivered a choke slam to AZM to take her out of the match before the finish.

Momo Watanabe pinned Mina Shirakawa after the B Driver followed up by a the Tequila Sunrise in 11:54. They had an explosive and intense exchange in the closing moments with Shirakawa giving a series of palm strikes to the face and Watanabe giving her a stiff kick in return a little later on. They shook hands and showed respect afterwards.

Saya Kamitani pinned Unagi Sayaka after the Star Crusher in 13:42. Kamitani give Sayaka a springboard plancha to the floor and it looked like she landed on her low. Sayaka looked shaken up a bit for a few seconds but managed to finish the match and even do a frog splash. Kamitani taunted her after the match.

The Elimination Match with Rina, Ruaka, Konami, Saki Kashima, and Natsuko Tora (Oedo Tai) vs. Gokigen Death, Hanan, Saya Iida, Starlight Kid, and Maya Iwatani (STARS) is next. The loser of the final fall must join the winning team’s unit.

Ruaka eliminated Iida first after a Freezer Bomb for the pin.

Konami eliminated Hanan with a roundhouse kick to the head.

Starlight Kid eliminated Rina after a moonsault for the pin.

Tora and Kid eliminated each other by Over The Top Rule by fighting on the apron and sending each other feet first down to the floor.

Mayu Iwatani eliminated Konami by Over The Top Rule after giving her a German Suplex on the apron which knocked Konami down to the floor.

Ever eliminated has remained at ringside and they are surrounding the ring to try to stop each other from interfering.

Saki Kashima pinned Mayu Iwatani in an upset after Oedo Tai members on the floor pulled the referee out of the ring just as Iwatani gave Kashima a tombstone and a moonsault to almost gain the fall.

Saki Kashima pinned Gokigen Death to win the match in 25:30. Gokigen Death must join Oedo Tai now based on the stipulation. Tora gave Gokigen the new name of Fukigen Death. It set up another STARS vs. Oedo Tai match for 5/29 at Ota City Gymnasium. If STARS wins, Death gets her old name back.

Wonder Of STARDOM Champion Tam Nakano pinned NatsuPoi with the Twilight Dream suplex in 18:50. Excellent match that had a mix of brawling, wrestling, and high impact moves. NatsuPoi cried afterwards and laid on the mat as a trainer checked on her. Nakano was calm but emotional. They showed each other respect. NatsuPoi said she will come after the title again one day.

Momo Watanabe joined in as guest commentator. The announcers are separated by thick clear shields at the broadcast table because of the virus pandemic concerns.

World Of STARDOM Champion Utami Hayashishita pinned Bea Priestley in 20:53 after two BT Bombs. After the match, Priestley said Hayashishita was very strong and she called Momo Watanabe to the ring. Priestley then stunned everyone by announcing this was her last match in STARDOM and she was also leaving Japan. She didn’t say where she was going but it’s assumed she will return to the U.K. for now. It was another very good match. They left it all out there and a fitting way for Priestley to exit.

For the record, Will Osprey defeated Kota Ibushi to win the IWGP World Title so it was a very emotional and historic night for him and Priestley. It was Ibushi’s first defense after the IWGP Heavyweight Title and the IWGP Intercontinental Title became unified to create the new title.

Main event is next.

Giulia and Syuri won the Goddesses Of STARDOM Tag Team Titles from fellow Donna del Mondo members Himeka and Maika when Syuri pinned Maika after a Buzzsaw Kick in 28:57. Another excellent match with many near falls and saves being made by both teams.

Syuri called Utami Hayashishita to the ring and wants a World Title shot. All of Donna del Mondo (Syuri, Giulia, NatsuPoi, Himeka, and Maika) were united in the ring to close the show.