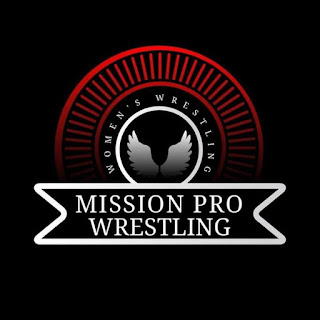 Mission Pro Wrestling “Locked-N-Loaded” results from Buda, Texas, USA 🇺🇸 at Pinballz Kingdom on 5/1/21 live on Title Match Network:
https://titlematchnetwork.com/
The WOAD pinned Alejandra The Lion after the D’Amensia.
Dulce Tormenta pinned Jazmin Allure after a reversal. Allure attacked her in anger after the match and cut a heel promo putting the locker room on notice.
Rache Chanel beat Leila Grey.
Vipress won a 3-Way Match over Masha Slamovich and Viva Van by pinning Van and stealing the win from Slamovich.
JennaCide pinned Holidead with a cradle in a Falls Count Anywhere Match. The fall took place in the ring.
Madi Wrenkowski pinned Tesha Price after a face buster.
Raychell Rose beat Rok-C by submission.
Alex Gracia pinned Marti Belle.
Mission Pro Champion La Rosa Negra beat Velvet Sky by Black Thorn submission.
Thunder Rosa had her confrontation with Davis LaGreca and she beat him up.
There were streaming issues during the live broadcast because of bad weather. Thanks to Gary Law for helping to fill in the gaps. The next MPW show is 6/12/21 at the same venue.
This report ends the regular pro wrestling coverage on “Wrestling... with Demons”. I might occasionally pop up with a Real Japan Pro Wrestling event or other rare special events. But W.W.D. will mainly focus on horror and entertainment if time allows. The Joshi Sun-Times is my newest “projeKCt” that will highlight Japanese Women’s Wrestling www.joshisuntimes.com There’s only so many years left in life so the pro wrestling stuff had to be narrowed down.